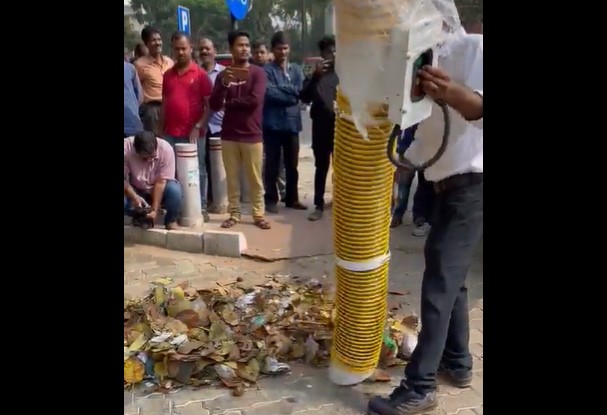 Bhubaneswar: In a first-of-its-kind initiative in Odisha, the Bhubaneswar Municipal Corporation (BMC) began two mechanical garbage suction machines (called Jatayu) with an aim of rid the city of dustbins.

“The machine can suck 273 cubic feet (100 kg) of waste per minute, including green waste from vegetable markets, and can run for 10 hours at a stretch. It is handled by an operator with a huge suction pipe protruding out of the van like an elephant’s trunk. After the hopper of the machine is full of garbage, it should be emptied,” TOI reported BMC deputy commissioner (sanitation) Suvendu Sahu as saying.

“While the civic body sometimes faces an uphill task in collection and disposal of solid waste, the induction of suction machine can help clear pending waste at short notice,” added Sahu.

Sahu also said that the machine can be helpful for cleaning up big grounds such as after rallies or after any government programme. However, the usage of the machine for marriages and parties is yet to be decided.

BMC officials said that the machine may require regular maintenance and even careful handling as the suction pipe is likely to be jammed at times. A tractor or any waste transportation vehicle is required to be near it to take the bulk of waste to the micro composting centres or material recovery facility.

Low Pressure To Turn Into Depression In Bay Next Week; Will It Impact Odisha? Check Here