Odisha Likely To Experience Rain For 3 Days From Tomorrow; Foggy Morning In Bhubaneswar 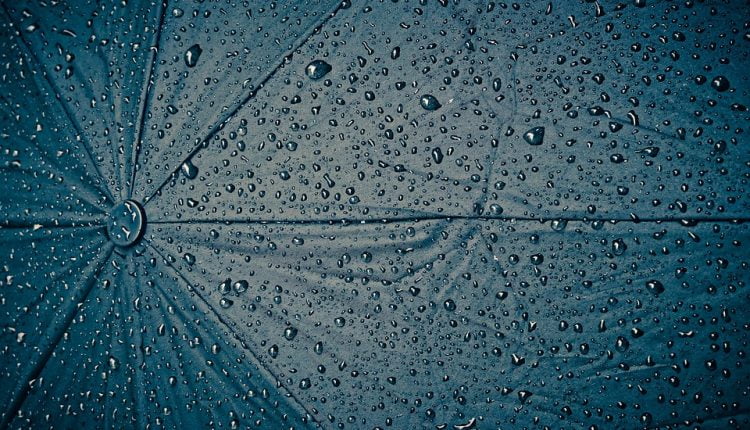 Bhubaneswar: The India Meteorological Department (IMD) on Sunday predicted light to moderate rain at some in South Odisha for three days beginning Monday.

While dry weather is expected from November 3, the MeT office said that there will be no change in the minimum and maximum temperature during the next four to five days.

In the next 24 hours, Bhubaneswar is likely to experience fog or mist in the morning and a partly cloudy sky later. Maximum and Minimum temperatures are very likely to be around 31 degree Celsius and 19 degree Celsius respectively, it added. 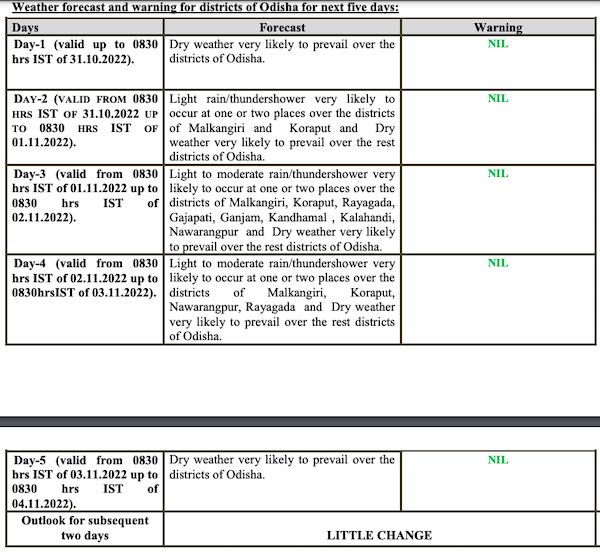 Notably, 10 places in Odisha recorded 15 degree Celsius and below in the last 24 hours with Similguda recording the lowest of 9.1°C. The twin cities of Bhubaneswar and Cuttack recorded a minimum temperature of 18.1°C and 18.5°C respectively.