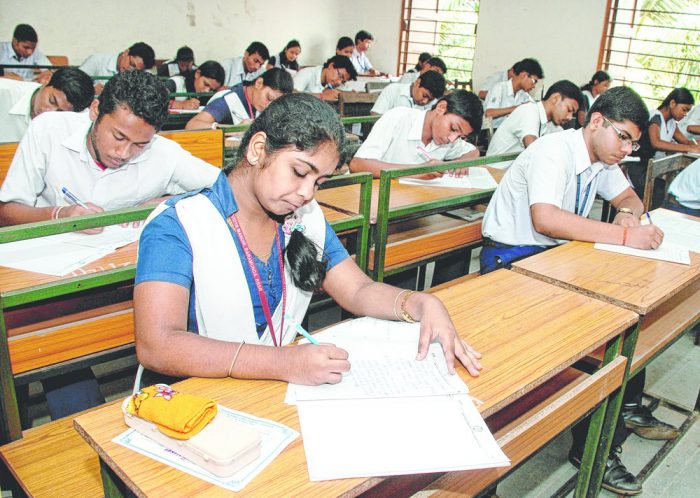 Bhubaneswar: The Board of Secondary Education (BSE), Odisha on Thursday announced the dates for Class X Summative Assessment-2 examinations.

Addressing a presser at the BSE office in Cuttack, BSE President Ramashis Hajra informed that the summative 2 examinations for Class X students will be held from March 10 to March 17.

The centres for the exam and nodal centres will remain the same as during Summative Assessment-1, he added. While the question papers will be kept at the nodal centers, they will be sent to the exam centers on the examination morning.

Exams will be held from 10 am to 12 noon. Candiates will have to reach at centre by 9 am on the first day and at 9.30 am on the following days. An additional period of time will be provided for Maths paper.

Similarly, practical exams for the vocational trade will be held from February 15 to February 22. Externals will be deployed to conduct the practical exams in their respective educational institutions. The marks will be uploaded on the official website of BSE.

The practical exams for State Open School Certificate (SOSC), TLV theory (for specially-abled candidates only), and visual arts will be held in the exam centers.

The pattern of questions for all categories of students regular, ex-regular, madhayama, high school, and state open will remain the same as it was in the SA-1 exam. The question paper will cover 100% of the syllabus.

BSE Vice President Nihar Ranjan Mohanty said that the formative assessment (FA)-4 is currently underway at schools and will end by second week of February following which the results will be uploaded online along with the marks of FA-3 between February 15- 22.

“Those who had filled up the form for SA-1 can apply for SA-2 this year. The students who have not appeared for SA-1 even after submitting the forms, can also apply for final exam,” Mohanty said. However, a candidate will not be eligible to fill out the form for matric exam in case of failure during SA-1 form fill-up.

Notably, the board exam result is likely to be published by the last week of March as the next academic session 2023-24 will begin in April. “We will be following the academic pattern like it was before the COVID pandemic,” said Mohanty.

It is pertinent to mention here that this year, 5,32,712 candidates have filled up the form for the High School Certificate exam. The exam will be held in 3029 centers.

Nodal centers have been set up under 22 police limits in Maoist affected areas including seven in Koraput, five in Malkanagiri, and 10 centers in Kandhamal. However, it has been said that everything has been arranged within 10 km of school.

The arrangements have been made for 2914 candidates to appear in 108 centers for Madhyama exams and 7181 candidates will take the exam in 146 centers for SOS. Candidates for High School Exam can download the admit card from the official website from today.

Winter Chill Returns To Odisha; Night Temp To Drop By 3-5°C In 2 Days