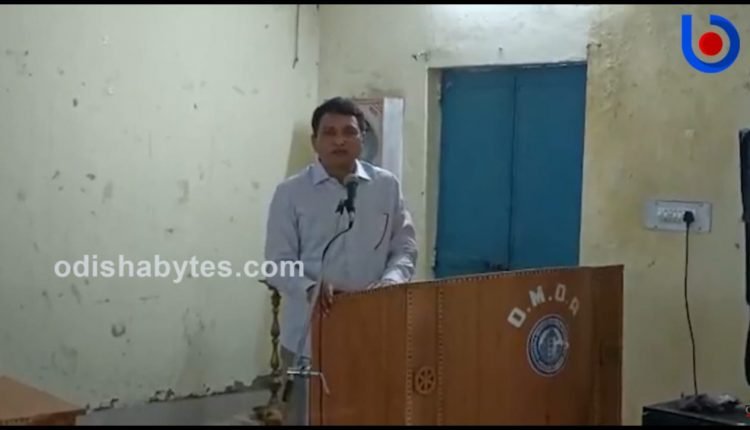 Bhubaneswar: Chief Minister Naveen Patnaik has never spared anyone found guilty and ultimately truth will triumph despite the ‘malicious campaign’ against me,” Minister of State for Home Dibya Shankar Mishra told a gathering in Odisha’s Kalahandi on Wednesday.

The minister said that the Opposition is trying to score political brownie points over a  tragedy and all attempts to prove him guilty will be futile.

“I have served in the Indian Air Force as a fighter pilot. I am a law-abiding citizen. I am the president of the governing body of Mahaling College and the prime accused in Mamita Meher murder case, Gobinda Sahu, happened to be a member of that body. Just because I represent this assembly constituency, I cannot be held responsible for a murder in which I am in no way involved,” he added.

Dibya Shankar further asserted that he had never been to the school at Mahaling in Kalahandi.

“Questions are being raised about my character. People of this district know me and my family well. Two generations of my family have served the Army and fought for the country in 1965 and 1971. Suddenly, I am being targeted now. If they had a problem with me then why did no one speak up earlier? Politicising the brutal death of a schoolteacher is unforgivable,” he said.

The minister said women in large numbers are attending his meetings. “A few such more programmes are lined up for the day. Women of this district will never spare a person, who harasses a woman, but will guard the innocent like a shield,” he added.

Dibya Shankar has been in the eye of the storm for his alleged complicity in the murder of the teacher of Sunshine English Medium School. He allegedly shared close links with the main accused, Govind Sahu.

The Opposition has been demanding his resignation, alleging that he frequented the schools and spent nights there. Sahu has been accused of running a sex racket from the school premises and harassing the women employees and girl students.

Schedule For 3rd Phase Admission To Plus II In Odisha Announced; Details Here