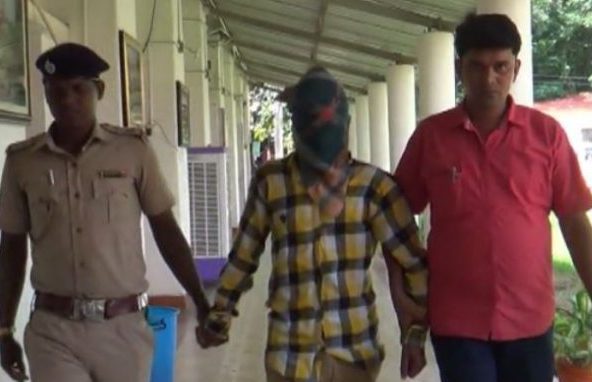 Bargarh: A man was arrested for allegedly collecting ‘chanda’ (donations) from government officials by impersonating as Rural Development Minister Sushant Singh in Bargarh district on Thursday.

He has been identified as Sushant Ranjit of Deogarh district.

According to police sources, the accused used to communicate with government officials and demand donations through a fake Facebook account which he had created in the name of the Minister. He had extorted around Rs 4 lakh in this manner.

Three mobile phones, a debit card and a bank passbook were seized from him possession, the sources added.

“A case was registered in Sohela police station against Ranjit in July and he was subsequently nabbed from Koraput,” said SP (Bargarh) Padmini Sahoo.

Further investigation is on to verify his antecedents, she added.

Slum Girls Stitch An Eco-Friendly Alternative To Plastic In Bhubaneswar

3 Cops Arrested For ‘Lifting’ Lakhs During Raid On Hotel In…