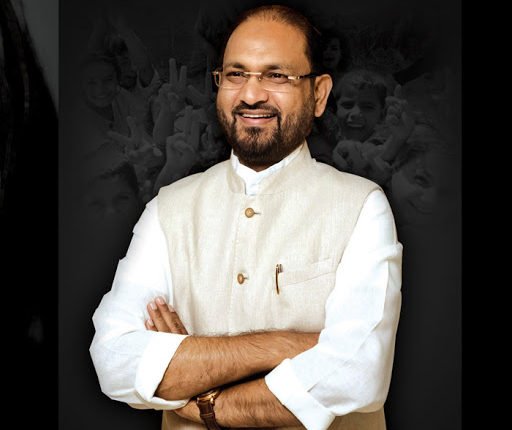 Bhubaneswar: Barabati-Cuttack MLA Mohammad Moquim yet again on Tuesday stirred controversy by not voting during the AICC internal election for the president’s post, fuelling speculation about his future plans.

“I couldn’t vote because I was out of station,” Moquim told mediapersons, two days after the Hand party did not include him in the list of star campaigners for November 3 Dhamnagar bypoll.

On July 18, Moquim indirectly expressed his displeasure with Congress by not toeing the party line during the Presidential elections and voted in support of NDA candidate Droupadi Murmu. His decision raised quite a few eyebrows as months ago he was in the race to become the OPCC president. The party high command chose Sarat Pattnaik instead of Moquim, seemingly upsetting the latter. The OPCC bosses also served a show-cause notice on Moquim as to why he voted for Murmu. Moquim had earlier told the media that he has responded to the show cause notice and he had not committed any wrong.

September also saw a war of words between Moquim and Jeypore MLA Tara Prasad Bahinipati after the former asserted that he would not attend any event at Congress Bhawan till the party responded to his reply on the show-cause notice. Barabati-Cuttack MLA alleged that seniors are being sidelined and ignored and youths are being denied opportunities because of which the party is witnessing an unprecedented exodus.

With him maintaining distance from party activities, speculation is rife that he could be planning to quit the grand old party and join some other party, possibly Aam Aadmi Party (AAP).

According to sources, Odisha has 428 voters and a majority of votes from the state is likely to go in favour of the veteran leader from Karnataka Mallikarjun Kharge, who is the official candidate of the Congress. While he campaigned in Odisha, Shashi Tharoor, the other candidate in the poll to elect a non-Gandhi chief after a gap of 24 years, did not visit the state to seek votes. This is only the sixth time that the party delegates are voting to pick a president.

Minor Girl Rescued After Torture By Employer In Odisha Capital