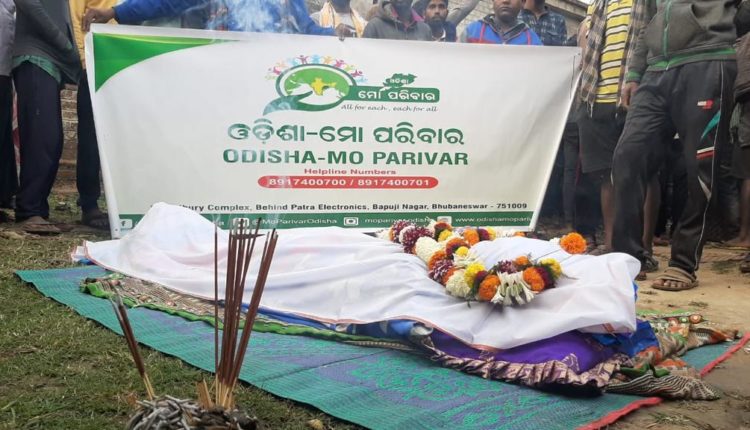 Bhubaneswar: In another example of its exemplary service to distressed Odias, Odisha – Mo Parivar has come to the rescue of a helpless family of Bhadrak district.

According to sources, 29-year-old Chandramani Majhi of Dahanasuni village in the district was working as a cook in Surat, Gujarat to support his family financially. Due to unknown reasons, he committed suicide in Surat on February 4.

But Majhi’s family members were unable to get his body home for cremation even after completing all official formalities as they were unable to afford the expenditure involved in it. On coming to know about their condition, Bhadrak legislator Sanjiv Mallik sought the help of Odisha – Mo Parivar.

The members of Mo Parivar mobilised their resources to arrange fund to help the distressed family. They could manage to arrange the amount to meet the expenses of an ambulance and brought the body of Majhi to the village.

Majhi’s family members performed his last rites in presence of the MLA and members of Odisha – Mo Parivar.

Women Farmers Continue To Wage Battle Despite Lack Of Toilets

Odisha Woman Joins Sashastra Seema Bal, First Married One To Do So

Police Say Body Found On River Bank In Bhubaneswar Was…