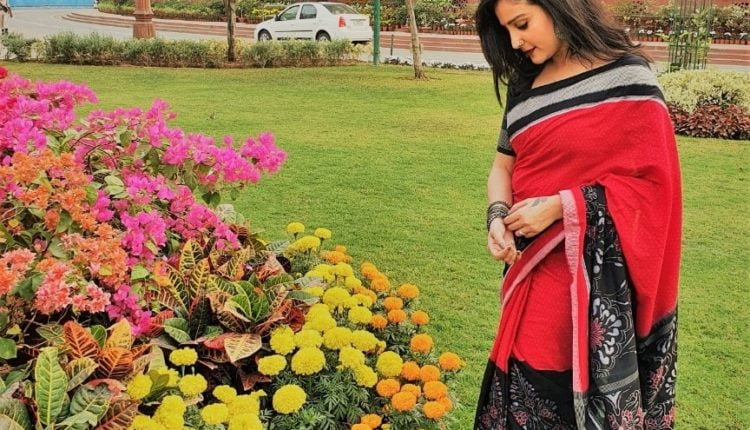 Bhubaneswar: Actor-turned-politician Anubhav Mohanty, who is currently tangled in a legal battle with wife Varsha Priyadarshi, was seen promoting Odisha handloom on his verified Facebook account on Friday.

He shared the post of Jagrati Shukla, a journalist and consultant at Lok Sabha TV, wearing a Sambalpuri saree and wrote: “The Sambalpur saree is a must in the wardrobe of every woman across the country today”.

Jagrati Shukla is known for her controversial tweets. In 2018, Twitter had suspended her account for violating its “hateful conduct” rules.

However, this is not the first interaction between Anubhav and Jagrati on social media.

In April, Jagrati had shared an Instagram post, where she was seen gifting the politician her poetry collection ‘Ruh’.

She wrote: “He is an artist, people’s choice politician, very humble human being. It was a pleasure for me to gift my poetry collection “रूह” to an artist like him☺️”

Responding to it, Anubhav wrote: “Hello Jagrati Shukla for this lovely post. Must say that you’re a wonderful poet. I’ll very soon complete reading “रूह” and give you my opinion if needed. And yes, my sincere regards to you and to all the sweet staffs of the LSTV

Had a wonderful experience

Meanwhile, the next hearing on the domestic violence case in Cuttack Sub-divisional Judicial Magistrate (SDJM) court is scheduled on December 18.

Anubhav appeared before the court on November 12 and sought more time to file his response on domestic violence charges levelled against him by Varsha.

In September, Varsha had filed a domestic violence case against her husband under several sections of the Protection of Women from Domestic Violence Act and accused him of physical and mental torture and violence, including financial treachery. She had also filed another case in the district family court under Section 9 of the Hindu Marriage Act, in which she, as an aggrieved party, sought a decree of restitution of conjugal rights.