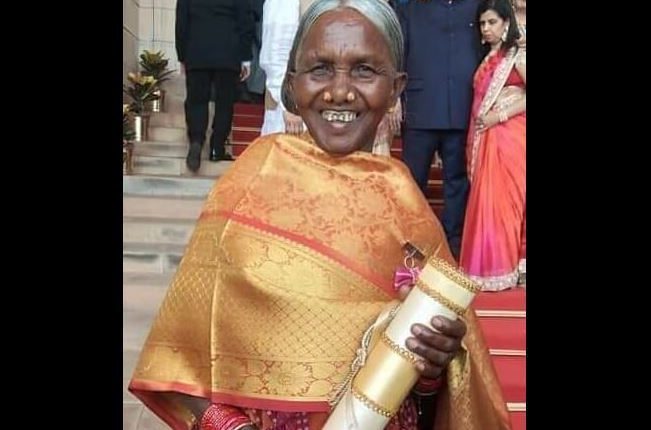 “Pujari has been suffering from fever for the last two to three days. She had loose motion three to four times yesterday. She was brought to the hospital in an ambulance by a women health worker from Patraput under Jeypore block,” a doctor treating her said.

She is being kept in a separate cabin at the hospital and is likely to be shifted to Saheed Laxman Nayak Medical College and Hospital if her condition worsens.

The tribal woman of Patraput village in Koraput was conferred with Padma Shri in 2019 for reserving hundreds of indigenous species of paddy. Besides collecting several endangered and rare types of crop seeds including paddy, turmeric, til and black cumin, she popularised organic farming in Koraput.