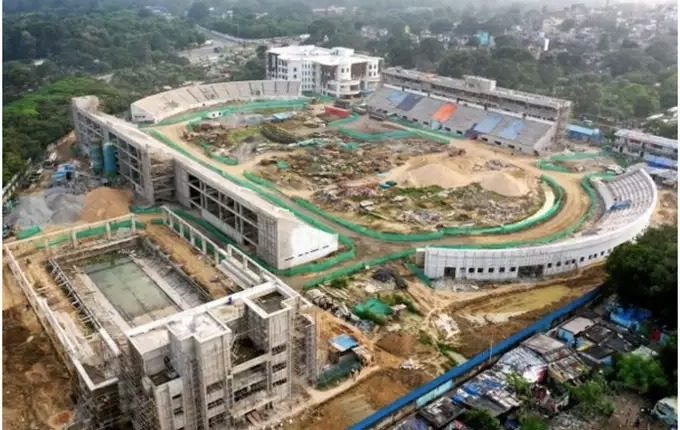 The hockey stadium billed as India’s largest is expected to be ready by October and jointly host the Men’s Hockey World Cup from January 13-29 next year along with Kalinga Stadium in Bhubaneswar.

The following day will see the official draw for the World Cup being announced at Kalinga Stadium, sources said.

Named after freedom fighter ‘Birsa Munda’, construction work at the facility in Rourkela is going on in full swing and the progress is being reviewed regularly at different levels. Being developed with an investment of Rs 180 crore, the stadium spread over 15 acres will have a seating capacity of 20,000 and all modern facilities. The design of each seat is such that the spectators will be closer to the pitch than in any other stadium in the world.

“An infrastructure giant is engaged to build the stadium. We are on the right track and the work will be completed by October-end,” said a government official said.

While the practice pitch is ready, works on the main stadium, main entrance, galleries, accommodation for players and officials, changing rooms, gym and toilets are on. Besides, more than 200 sophisticated deluxe rooms are being built to address logistic challenges like accommodation.

This stadium is on the campus of Biju Patnaik University of Technology, and also close to Rourkela’s airstrip.

Other ancillary developments include roadwork, security, traffic management and beautification of the steel city for which around Rs 1,000 crore is being spent. The Rourkela airport of SAIL is also likely to see commercial flight operation under the RCS-UDAN scheme by October 31.

Rourkela too is going through massive development to welcome the participating teams, he added.

It is for the second consecutive time that Odisha is hosting the mega sporting event.