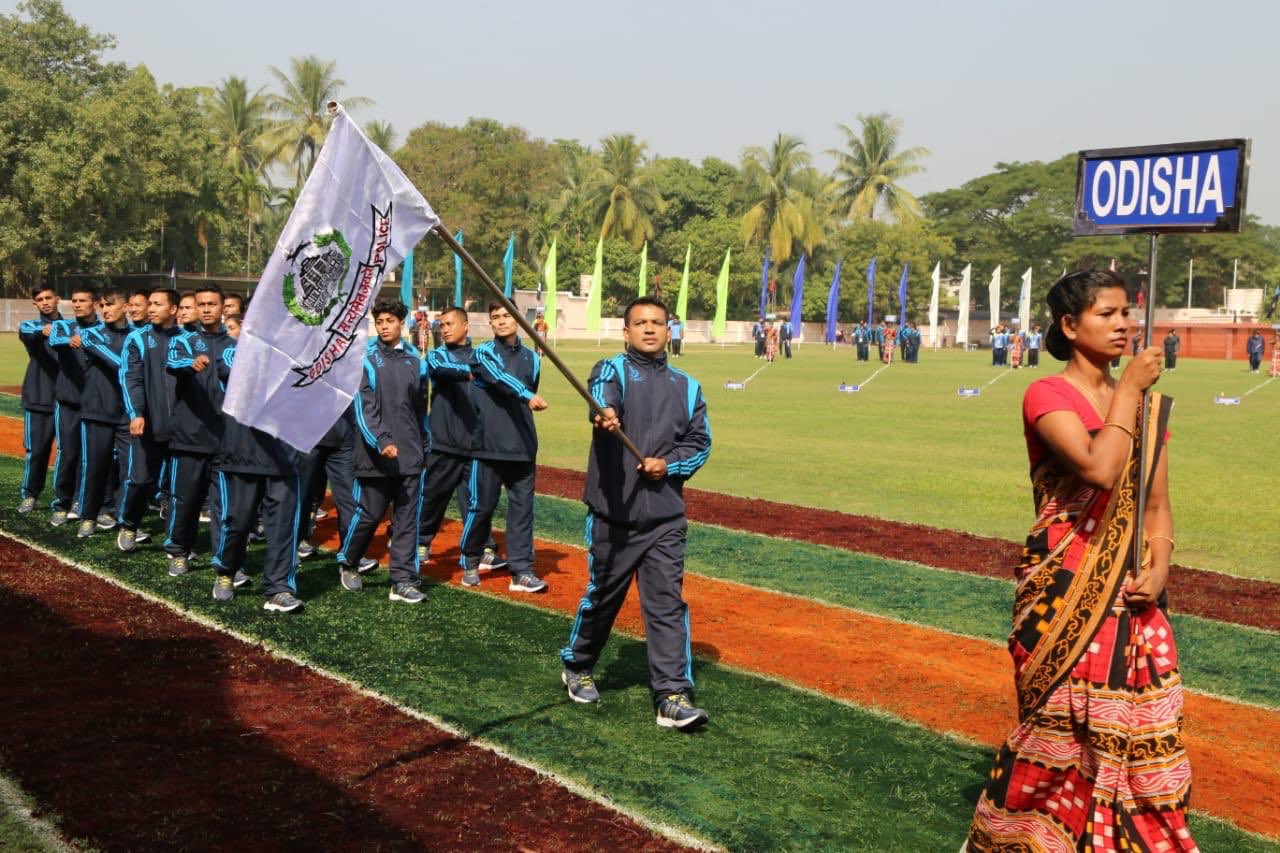 Cuttack: The valedictory ceremony of the third All India Police Judo Cluster-2018 was held at the Reserve Police Ground in Buxi Bazaar, Cuttack on Monday.

Odisha Police has bagged five medals in total. The team won one gold and one silver medal in gymnastics and two silvers and one bronze medal in Wushu.

A colourful parade was organised by the participating teams in the afternoon at the Reserve Ground. Special Director, Intelligence Bureau, Arvind Kumar was the chief guest and took the ceremonial salute. He appreciated the efforts of the Odisha Police for successfully organising this grand All India Sports Meet.

He also appreciated the sports infrastructure in Odisha and said that the state would be the strongest contender for organising the All India Police Athletics Championship in the future.

India will soon host the World Police and Fire Games, said Arvind Kumar. The Director General of Police, Dr R. P. Sharma was the guest of honour. He suggested that visiting players should visit the nearby places of tourist interest. He assured all possible support to facilitate the journey. He thanked CM Naveen Patnaik and the Sports Department for their support and co-operation in organising this event. ADGP-cum-organising secretary of the championship, V. T. Mishra gave the keynote address and vote of thanks.

There were four events, Judo, Taekwondo, Wushu and Gymnastics in the Championship. More than 1,100 players from 31 states and Central Police organisations participated.