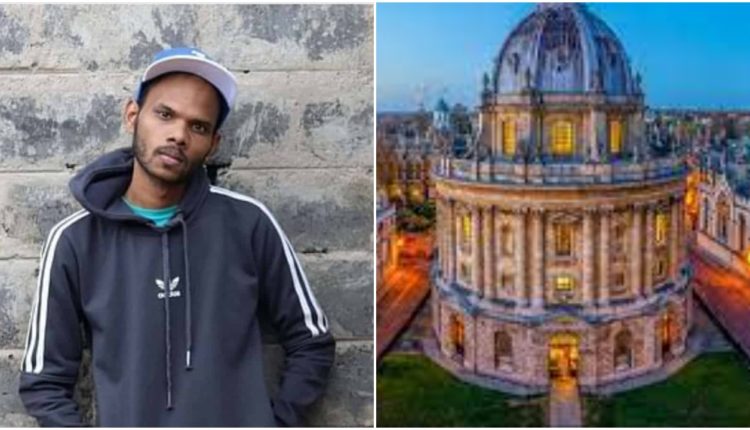 Bhubaneswar: A rapper from Odisha, Sumit Samos Turuk, has managed to raise Rs 37 lakh through crowdfunding to pursue a course at Oxford University.

Sumit, a native of Narayanpatna in Koraput district, had applied for Master’s Degree (MSc) in Modern South Asian Studies in Oxford’s St Antony’s College in November 2020. He was shortlisted in January 2021.

However, the course fee for the one-year programme is Rs 25 lakh, excluding the other expenses amounting to Rs 15 lakh.

Sumit, who is the son of a primary school teacher, could only arrange around Rs 4 lakh for the course.

It was then that some friends suggested the 26-year-old to try and raise the money via crowdfunding site Milaap.

“My friends from India and Pakistan who have studied in Oxford helped me in the entire process. About 1,500 people from India, United Kingdom and United States donated Rs 37 lakh within four to five hours of opening the fundraiser on June 1,” Sumit was quoted as saying by The New Indian Express.

“Though I need a few more lakhs, students at Oxford University have requested the management to waive off some amount of the fee,” he added.

After completing his schooling from Jeevan Jyoti Higher Secondary School in Semiliguda, Koraput, Sumit studied BA and MA in Spanish and Latin American literature from Jawaharlal Nehru University (JNU) in Delhi from 2012 to 2017.

During his days in JNU, Sumit was involved in student activism and has been raising his voice against caste discrimination through rap since 2017. He was also part of a show on French Radio Live in Paris from 2018 to 2020.

Seven Learnings From A Bout With COVID-19

He Was A Crusader For The Cause Of Indian English Literature: An Obitribute To Subhendu Mund