He Was A Crusader For The Cause Of Indian English Literature: An Obitribute To Subhendu Mund

The cognoscenti of Odisha’s literary and academic world woke up on the morning of 28 May to the sad and shocking news of the sudden death of Dr Subhendu Mund, renowned English academic and scholar, acclaimed Odia poet, editor, translator and lexicographer. He was 70.

Whatever be the cause of death, COVID or cardiac arrest, this divine summons was brutal. Dr Mund was not only in the prime of his health but also at the very height of his intellectual powers at the time of his untimely demise. To give just one example, his book The Making of Indian English Literature, published earlier this year by Manohar, Delhi, was recently reissued from the prestigious Routledge of Taylor and Francis group of publishers. This definitely spelled class in academic and scholarly publishing. 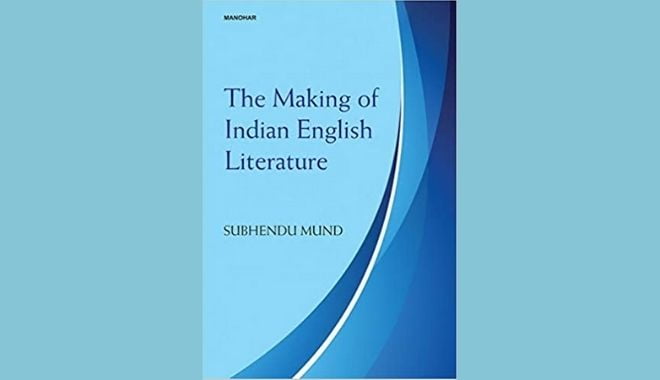 Many of Dr Mund’s friends, including the present writer, would attest to the fact that they had either talked to him over phone or received text messages from him as recently as three or four days before his death. Being a multifaceted talent, he had been a part of several social media platforms many of which he dominated. This was as much due to his having at his disposal more than a fair share of intellectual trump cards as to his uncanny ability to make friends across generational and social divides.
He would invariably be the first to reach out to younger poets, translators and scholars upon their achievements, large and small, with congratulatory messages and emojis. Obviously this made him the toast of many Whatsapp groups like ‘English Teachers’ and ‘Anubad Parishad.’ The dashboards of these two groups never ceased ticking with condolence messages on the day the sad news broke. Likewise, the Facebook walls of his numerous friends were splashed with reminiscences, tinged with grief, shock and disbelief.

From Margin to Centre

Dr Mund’s life and career is an illustration of how determination and perseverance can bring a person success and lasting recognition. He was a native of Kalahandi and had his school education there. After graduating in English honours from Khallikote College, Berhampur, (currently Khallikote Unitary University) he did his Masters in English at Sambalpur University where he was taught by the redoubtable trio of Prof P K Pati, Prof M S Pati and Prof Haldhar Panda. Thereafter began his odyssey as an English teacher. He worked in some of the best colleges of the state, including SCS (Autonomous) College, Puri; Ravenshaw College, Cuttack; RD Women’s College (now R.D. Women’s University), Bhubaneswar; and BJB (Autonomous) College, Bhubaneswar. He brought his eventful career to an end after serving as Principal, BJB (Autonomous) College in 2009. Needless to say, he was an excellent teacher and orator.

The confinement to Odisha that the above recounting of his pedagogic work suggests was naturally offset by the widening arc of Dr Mund’s scholarly work. Almost every English teacher does a PhD because it is a career requirement. Not everyone, however, does a PhD which becomes an intellectual passion that invests his/her life with a sense of mission and purpose. It is this rare and blessed thing that happened with Dr Mund. His choice of Indian English novel as a doctoral topic had that sustaining power. But then to say only this would be to withhold from Dr Mund the full glare of the spotlight that should rightfully shine on him. One has to add that Dr Mund’s archival framing of the topic made it the trail-blazer it became in his hands.

I must say here one thing to underline the value of archival scholarship. Critical insights are fine and are to be cherished. But they are also commonplace. In addition, they may be subject to time, and hence, to alteration or qualification by new bibliographic facts that archival work may unearth from time to time. These findings not only have the staying power; they also have an agenda-setting power.

A Crusader for the Early Indian English Novel

Right from the time his PhD research, pursued under the guidance of Prof Ganeswar Mishra at Utkal University, was published in book form (The Indian Novel in English: Its Birth and Development), Dr Mund earned respectful mention among scholars in the field as a historiographer of the Anglophone novel in India. That identity solidified with every new publication of Dr Mund, be it book or scholarly article, in which he pushed the frontiers of the subject a little further and wider. The culmination was his latest book The Making of the Indian English Literature to which reference has already been made. He had arranged for a review copy to be sent to me by his publisher. His last text message to me, checking if the book had arrived, was on 24 May. It had not.
Dr Mund’s findings in the field of Indian novel in English are of a revelatory nature for sure. An example would be in place here. Asked about the early novels of the nineteenth century, most students and teachers would take at best two names:

Rajmohan’s Wife (1864) by Bankim Chandra and Govinda Samanta (1874) by Rev Lal Behari Day. Ask Dr Mund, and he would reel off some fifty names of works he actually unearthed, read and wrote about. No wonder, he has merited a mention as an archivist in the preface to Meenakshi Mukherjee’s critically-acclaimed book The Perishable Empire (2002), which won the central Sahitya Akademi award in 2004. It is also Dr Mund’s authority in the field that saw him hoisted to Vice President of IACLALS (Indian Association for Commonwealth Language and Literature Studies) besides affording him the opportunity to edit the prestigious newsletter of the Association.

An Ambassadorial Face Lost from View

In Dr Subhendu Mund Odisha’s English fraternity had an ambassadorial face. It was a face that could be confidently projected to the rest of the country and to the world for the reassuring nod of acceptance it would instantly bring. To have to go without that face, now that Dr Mund is gone, is a bit daunting and chastening. His life and work, however, will provide the wherewithal for us to go on.

What Is In A Language? Ask This Delhi Hospital