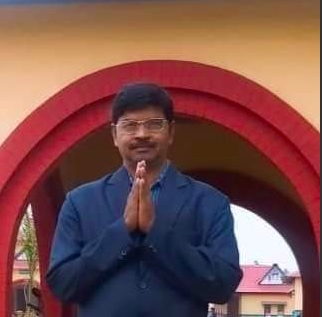 Bhubaneswar: Odisha Chief Minister Naveen Patnaik is known for springing surprises. He did it yet again on Sunday when he declared Niranjan Bishi as one of his party’s candidates for the upcoming Rajya Sabha elections.

Bishi’s inclusion in BJD two days ago had raised eyebrows but Sunday’s announcement has made clear Naveen’s plans. He is the secretary-general of Paschim Odisha Adivasi Kalyan Mahasangha, a tribal organisation with a good presence in Balangir, Kalahandi, Sambalpur and other western Odisha districts, since many years. He is also the man behind the agitation against fake caste certificate and is known for organising Adivasi Rally with traditional weapons in Balangir every year.

Notably, Bishi had been a staunch critic of the government and given a call for boycott of BJD for not giving proper representation to the tribals in the Panchayat polls. His organisation had gheraoed the office of the district collector in Balangir for 5 hours alleging that the government was appeasing the OBCs at the expense of tribals ahead of the Panchayat polls.

Bishi hails from Balangir’s Patnagarh, which is a stronghold of senior BJP leader K V Singhdeo and his MP wife Sangeeta Singhdeo. Though KV lost the 2019 elections to BJD’s Saroj Kumar Meher by a margin of 10528 votes, he still has a good presence and is capable of bouncing back. The newly-appointed OPCC president Sarat Patnaik is also from Balangir and is a former MP. The Hand party’s Narasingha Mishra is a veteran leader with a good base in Balangir. Hence, Naveen plausibly picked Bishi to strengthen Conch party’s presence in the western Odisha district.

Earlier, Naveen had stunned all by denying ticket to Bijoy Mohapatra, sacking ministers in his first term, and bringing in Achyuta Samanta and Soumya Ranjan Patnaik into the BJD fold and nominating them to RS.

Light Rain, Thunderstorm Likely To Bring Down Temperature In These Odisha Districts

This Minister From Odisha Is Among The Top 15 In Modi 2.0