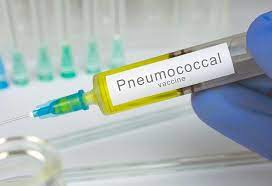 Bhubaneswar: The Odisha government would launch Pneumococcal Conjugate Vaccine (PCV) under the universal immunisation programme in the state on June 30.

According to Health and Family Welfare Department notification, it will help to reduce the risk of morbidity and mortality due to pneumonia and meningitis among 8 lakh children under one year of age annually.

Collectors, Municipal Commissioners, CDM and PHOs along with their health team and senior officers have been directed to participate in the state-level launch in virtual mode at 11.30 am.

At the launching site, IEC activities will be conducted and 3 to 5 infants aged 1 and 1/2-month-old mobilised for the administration of PCV dose, it added.

With this, Odisha will become the seventh state to induct PCV under the routine immunization programme.

The PCV protects children against pneumococcus, a disease caused by a bacteria named Streptococcus pneumonia. The pneumococcal bacterium, which causes pneumonia and other serious life-threatening diseases such as meningitis and sepsis, is estimated to cause nearly 1.2 lakh deaths in children each year in the country, according to the Union Health Ministry.