Odisha To Receive Heavy Rainfall In Next 24 Hours 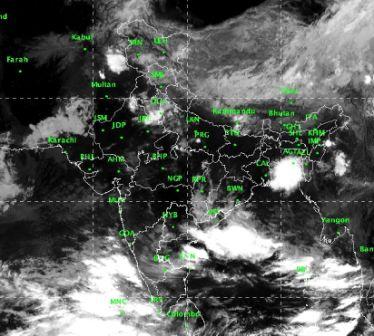 Bhubaneswar: After a week-long dry spell, most parts of Odisha will receive heavy rainfall in the next 24 hours, the India Meteorological Department (IMD) said on Thursday.

A low-pressure area is most likely to form off the Odisha coast in the Bay of Bengal in the next 48 hours, triggering heavy showers, the IMD release said.

“A trough line stretches from northwest Rajasthan to northwest Bay of Bengal across south Haryana, south Uttar Pradesh, Bihar, Jharkhand and Gangetic West Bengal while a cyclonic circulation has formed over the northwest Bay of Bengal adjoining coastal Odisha and Gangetic West Bengal on Thursday. Under its influence, a low-pressure area is likely to form over coastal Odisha and neighbourhood during next 48 hours which will trigger heavy rainfall in the south and north coastal districts, north, west and south interior districts for three days beginning from Thursday evening,” the release added.

Besides, heavy rainfall will occur at one or two places over the district of Malkangiri, Koraput, Kalahandi, Rayagada, Gajapati, Ganjam, Kandhamal, Nayagarh, Boudh, Sonepur, Sambalpur and Deogarh on July 19 and Koraput, Malkangiri, Nabarangpur, Nuapada, Kalahandi, Balangir and Bargarh on July 20, the release added.