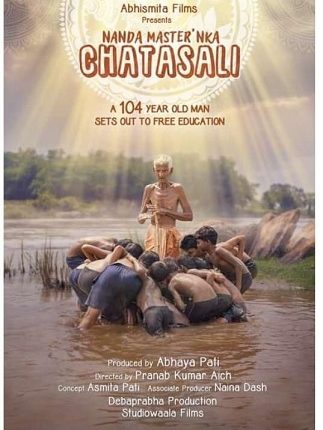 Bhubaneswar: The trailer of documentary film ‘Nanda Master nka Chatasali’, based on the life of Padma Shri Nanda Kishore Prusty, was released at an event in Odisha’s capital this week.

The 102-year-old teacher, popularly known as ‘Nanda Master’, was a ‘chatasali’ teacher in Kantira village of Jajpur district.

‘Nanda Master’ was honoured with the Padma Shri last year for his life-long contribution to education. He was perhaps the last man to keep the tradition of ‘chatashali’ (a non-formal school for primary education in Odisha) alive.

About a month after receiving the award, he breathed his last at a private hospital in Odisha’s capital last year. He was undergoing treatment for post-COVID complications.

The film has been produced by Abhay Pati and directed by internationally acclaimed filmmaker and photographer Pranab Kumar Aich. They plan to send the movie to international film festivals and approach OTT platforms like Netflix, Hotstar, Amazon Prime and Voot so that the film reaches a wider audience. 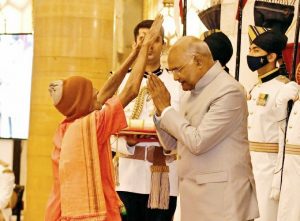 Vigilance Nabs Under Secretary While Taking Bribe In Bhubaneswar

Five E’s That Can Bring Back Bicycle To School