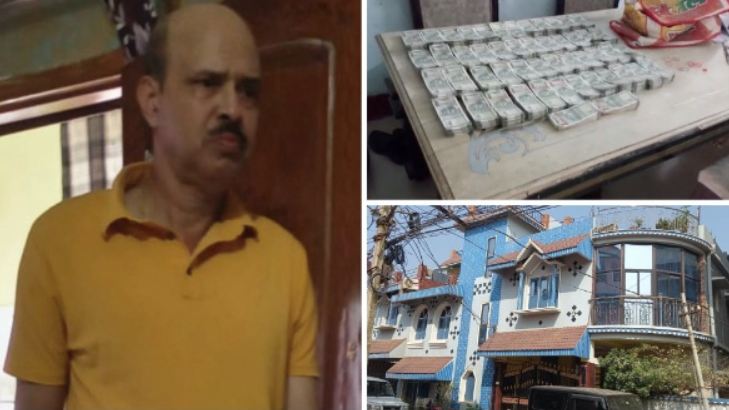 Bhubaneswar: Odisha vigilance sleuths on Wednesday arrested RWSS assistant executive engineer of Udala in Mayurbhanj district, Rabinarayan Panda, for allegedly possessing assets worth over Rs 6 crore, which were disproportionate to his legal sources of income.

After 3 days of searches at different locations, vigilance unearthed assets to the tune of Rs 6 crore including a three-storey building, a flat and two shops in Bhubaneswar and 12 plots in Bhubaneswar, Cuttack and Kendrapada.

This apart, bank and insurance deposits worth over Rs 1.2 crore, cash more than Rs 28.09 lakhs, transaction of approximately Rs 1 crore through credit cards, gold weighing around 2.3 Kg etc have been unearthed during the house searches, vigilance said in a release.

Panda was arrested as he was found to have amassed assets disproportionate to his legal sources of income, which he could not account for satisfactorily. He was forwarded to the Special Vigilance Judge’s Court in Bhubaneswar later in the day. The court remanded Panda to jail custody till November 29.

A detailed investigation of the DA case is still in progress, the release added.