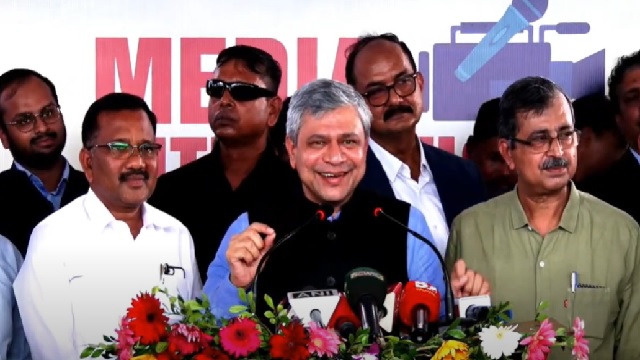 New Delhi: The government will construct boundary wall on a 1,000-km stretch over the next six months to prevent cattle run over cases, Union Minister of Railways Ashwini Vaishnaw informed on Wednesday.

“We are working seriously on the issue of building boundary walls. We are looking at two different designs. While we have approved one, which is a sturdy wall, over the next five to six months, we plan to build 1,000 km of such walls across sections to determine if the design works,” Vaishnaw said.

The minister remarked that conventional boundary walls will not be able to solve the cattle run over problem, and end up affecting villagers in the area.

A number of Vande Bharat Express trains hit cattle on tracks in recent months, with the latest incident being on Gandhinagar-Mumbai route.

As per data from Railways ministry, train losses due to cattle/human run over incidents have increased this year. While 2,115 train loss cases were reported in FY 2021-2022, as many as 2,650 have been reported in just six months (April-October 2022).

Stringent action is being taken against violators, whose cattle are found moving in railway land/area.