Bhubaneswar: The Odisha government has mounted herculean efforts to douse forest fires, including the one raging at Similipal in Mayurbhanj district.

The efforts have been reportedly successful with the Forest Department managing to douse at least 140 fires in the past two days as on Thursday. 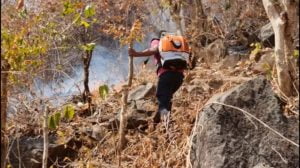 According to reports, the number of forest fires in Odisha on March 4 (Thursday) came down to 88 from 228 on March 2 (Tuesday).

Also Read: 5291 Forest Fires In A Week ‘Choke’ Odisha Wildlife; The Highest In The Country

However, this figure is still a huge cause of concern. As per data released by Forest Survey of India (FSI), Dehradun, Odisha with 88 forest fires led the list of states reporting such incidences on Thursday.

Telangana with 44 forest fires was second, while Madhya Pradesh and Maharashtra were jointly at the third spot with 25 blazes each. 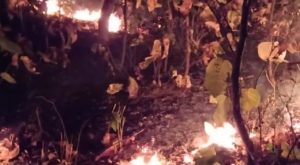 Wildfires have become a cause of concern for Odisha, which has witnessed 7,188 of them since the beginning of the forest fire season in November. Of these, 5,291 forest fires were reported between February 22 and March 1 this year.

Concerned over the situation, Chief Minister Naveen Patnaik had held a review meeting on Wednesday. Highlighting the forest fire in Similipal, the CM gave stressed on urgent steps to protect the precious ecological environment.