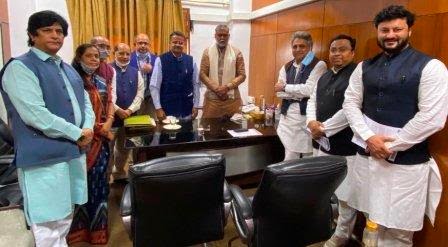 Bhubaneswar: The Centre has decided to put on hold the National Monument Authority’s (NMA) draft heritage bylaws for Odisha for now.

Union Culture Minister Prahlad Singh Patel informed this in a letter to his Cabinet colleague from Odisha, Pratap Sarangi.

“I have asked the officers concerned to keep the proposal on hold. The final decision on the same would be taken only after the matter is discussed and deliberated with all the stake holders and considering their views there on,” Patel wrote.

Earlier on February 9, Sarangi had written to the Culture Minister on the controversial heritage bylaws, urging a rethink over them.

The bylaws had triggered widespread protests among servitors, politicians as well as residents of Odisha. Delegations from both the ruling BJD and BJP had also approached Patel regarding the matter.

Faced by the growing voices of protests, the Centre had earlier withdrawn the implementation of the heritage bylaws for Puri Jagannath temple. Later, it had also revoked the bylaws for two ancient temples in Ekamra Kshetra in Bhubaneswar.

The Centre’s decision to put on hold the heritage bylaws in Odisha came even as, Bhubaneswar MP Aparajita Sarangi suggested to the state government to undertake the development activities in heritage areas as per the rule books.