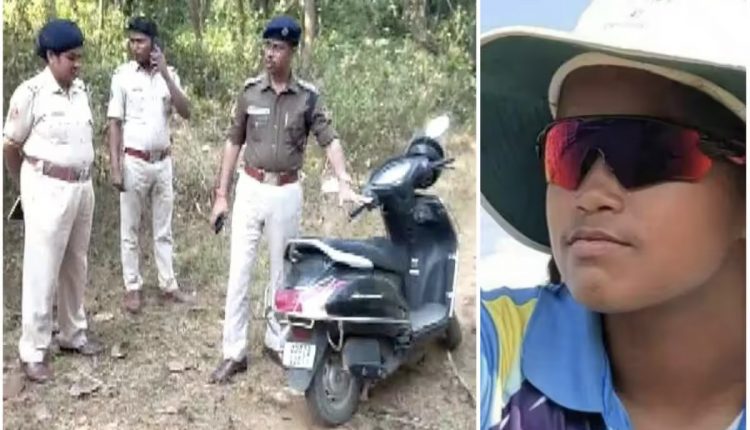 Bhubaneswar: A hand-written letter purportedly written by woman cricketer Rajasree Swain, who was found hanging under mysterious circumstances in a forest near Gurudijhatia police limit under Cuttack rural police on Friday, has been recovered from the dickey of the scooter found abandoned there.

According to sources, she reportedly held two people responsible, including a coach and former Odisha Cricket Association (OCA) member, for her death. Police are investigating the veracity of a suicide note, which will be sent to handwriting experts. Some OCA officials might also be questioned.

Cuttack rural police further said that all items, pen and clothes of Rajasree, will also be sent for lab tests. Viscera sample too has been collected.

The 26-year-old cricketer went missing on January 11, a day after she failed to make it to the final list of 16 players for the BCCI Senior Women’s one-day trophy (BCCI Domestic Season 2022-23), which starts in Puducherry from January 18. Her coach Pushpanajli Banerjee lodged a missing person complaint at the Mangalabag police station when she did not reach home and her phone was found switched off.

Some locals spotted a scooter and helmet on the Bramhanabast-Kapursingh forest road on Thursday (January 12) and informed Mangalabag police, which started searching for her and later found her hanging from a tree.

Though the police suspect it to be a case of suicide, family members of Rajasree, a right-arm fast bowler and a middle-order batter, alleged that she was murdered “as the body bore injury marks and her eyes were damaged”. Accusing OCA of favouritism, the cricketer’s sister said she was deliberately excluded from the team despite being an all-rounder and a good performer. “Why would she choose a jungle to commit suicide? She would never commit suicide. We urge the police to investigate the case properly,” she told the media.