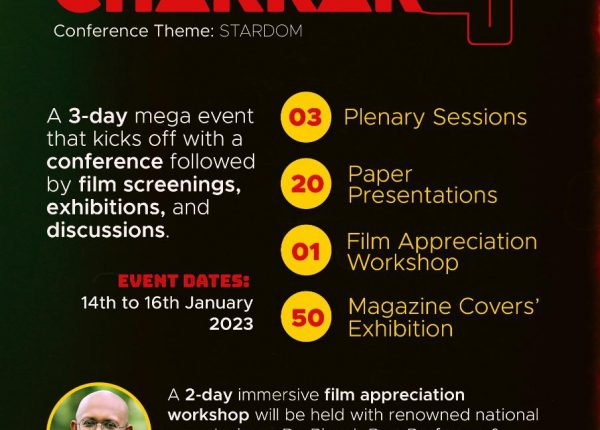 Dhenkanal: The Eastern regional campus of the Indian Institute of Mass Communication (IIMC) at Dhenkanal will unveil the fourth instalment of its annual film appreciation workshop, “Filmy Chakkar.” Launched in 2018, on the occasion of the institution’s silver jubilee, it has now become a platform for young film enthusiasts, cinephiles, students and media professionals to come together and delve into the intricacies of the Indian film industry.

This year’s edition of “Filmy Chakkar” will take place from January 14 to 16 on the theme “Stardom.” According to the campus Regional Director Dr Mrinal Chatterjee, “In the last two-three years, if you look closely, then the concept of stardom and the concept of a traditional hero who is larger than life size has undergone a change. Therefore, we thought probably we can have this theme and compile this as an anthology.”

The workshop is led by Dr Piyush Roy, an alumnus of IIMC Dhenkanal and a national award-winning film critic.

The three-day workshop includes paper presentation sessions where scholars present their research on specified topics. Past examples include “Going Big to the Small Screen in the Age of OTT: The Changing Consumption Patterns of the Digital Mainstream” and “OTT and Young Guns on a Route to Bring a Political Makeover.” Alongside these presentations, various critically acclaimed and thought-provoking films are screened for the students to analyse and learn from the structures and compositions being followed in the making of the film.

The campus Regional Director, Dr Mrinal Chatterjee conceived the idea to pique curiosity and inspire questions in the minds of the audience regarding the Indian movie scenario. Each year, the event is built around a specific theme, such as the inaugural edition’s theme  “Indian Cinema: Through the Prism of Reality” and “Cinema in the Age of OTT” in the last edition.