Puri: Amid the soaring COVID-19 positive cases, it has become difficult for people of Puri district to keep track of the situation and many are turning to the administration’s Twitter handle and Heath Department website for the latest updates.

The COVID-19 tally in the district has touched 1,395 with 403 cases alone being reported in the last seven days.

The last 24 hours added 80 new cases the tally while the highest single-day spike of 92 cases was reported on August 8.

The district has witnessed a surge in COVID-19 cases since mid-July. Prior to that, the daily average of cases never exceeded 20 with the highest of 18 each being reported on June 16 and July 3.

Besides 92 cases on August 8, Puri reported 90 and 91 cases on July 25 and July 26 respectively and another 73 people had tested positive for the virus on August 5.

The highest of 435 positive cases have been reported from Puri Municipality followed by 159 in Brahmagiri and 106 from Kanas. 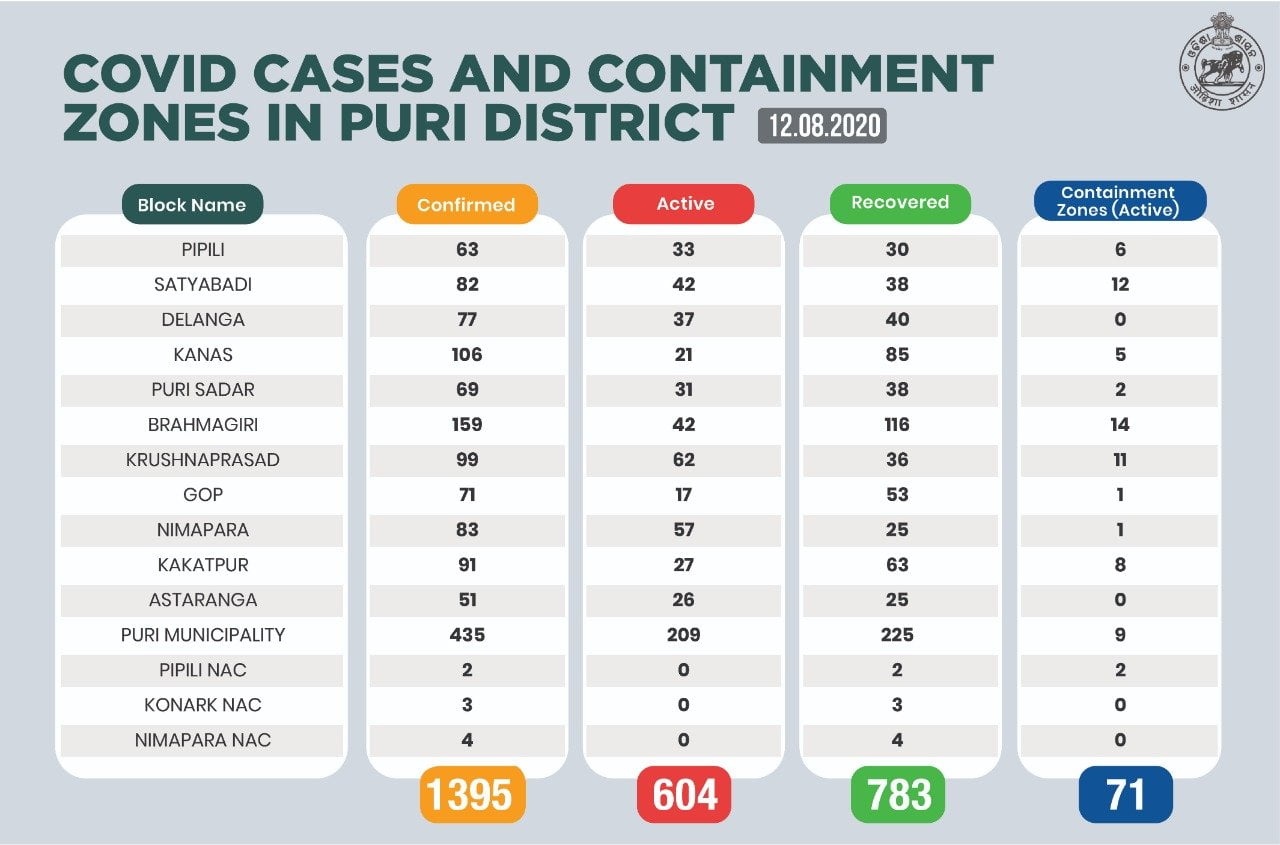 While the district has a cured rate of 56.12 per cent, the rise in positivity rate, which has almost doubled from below 1.91 per cent till mid-July to 4.36 per cent in August, has the people worried.

The administration, however, has attributed it to the increase in COVID-19 testing and active surveillance across Odisha.

The Twiterrate, however, are complaining about delayed updates on the official Twitter handle and missing information.

The virus has so far claimed five lives in the district. With 770 recoveries, Puri now has 617 active cases.

ICMR Completes Second Round Of Sero Survey In Country

Taj Mahal Reopens On Monday, Only 5,000 Visitors To Be…

Odisha 8th Among States With Most COVID-19 Cases, 10th In…