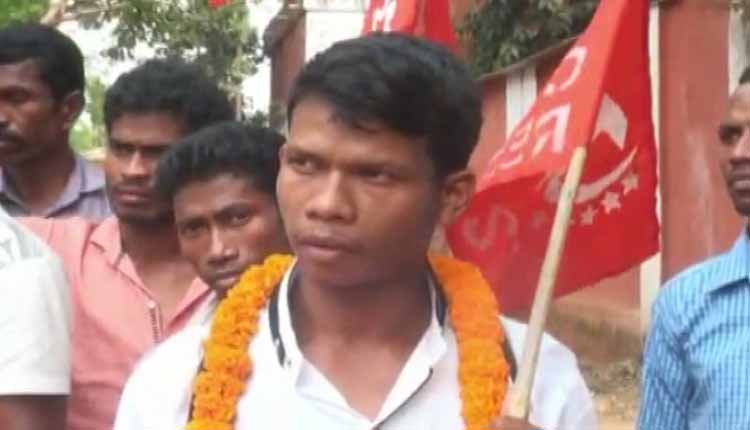 Koraput: Reformed Maoist-turned-social activist Rajendra Kendruka is contesting this election with just Rs 60 in his pocket.

Most politicians in Koraput have spent lakhs of rupees on campaign, as evident from the posters and banners surfacing everywhere. But CPIML (Red Star)’s Lok Sabha candidate from Koraput, Rajendra Kendruka, has just Rs 60 in his pocket and another Rs 500 in his recently-opened bank account.

In 2012, he left the Maoist organisation and joined the mainstream. Since then, he has been doing andolans (holding protest rallies) for tribal people’s rights over water, forest and land.

“I surrendered in front of the superintendent of police in 2012. With the help and support of my people here I will definitely win the coming election. I will fight for the tribal people’s rights over water, forest and land forever,” said Rajendra, a poor Adivasi youth. “Tough I do not have money, people of my locality are my strength. They have been helping me a lot. Whether I win or not, I will fight for the tribal people till I live.”

Rajendra, 27, is a resident of Chintaguda village under Kumbhari panchayat of Narayanpatna block in Koraput district. He is among seven contestants in the battle for Koraput Lok Sabha (ST seat) in Odisha.

“I have done door-to-door campaigning to reach the people. I did not have enough money to afford a vehicle or put fuel in it. It will be very tough for me to win, as other parties have many sources to attract voters. I can only work for the people and for their rights,” said Rajendra.