Bhubaneswar: Shanti Devi, well-known social worker from Odisha, passed away late Sunday night at Gunupur in Rayagada district. She was 88.

Shanti Devi was rushed to the District Headquarters Hospital after she complained of chest pain and became unconscious, according to reports. Doctors declared her dead on arrival.

“Shanti Devi Ji will be remembered as a voice of the poor and underprivileged. She worked selflessly to remove suffering and create a healthier as well as just society. Pained by her demise. My thoughts are with her family and countless admirers. Om Shanti,” tweeted Prime Minister Narendra Modi.

Achyut Das, Director of Agragamee, a social organisation in which Shanti Devi was vice-president, shared the news of her demise on social media.

Shanti Devi, who led voluntary organisation Seva Samaj, was born in Balasore district on April 18, 1934. She got married at the age of 17 to Mahatma Gandhi follower Dr Ratan Das. After marriage, she shifted to Koraput from Balasore. Later, she founded an ashram at Gobarapalli in Rayagada district. Her career in social work began from there. She worked for development and education of tribal girls.

She also founded an ashram for leprosy patients at Jabarguda under Padmapur block in Rayagada district. After working for a long time at Jabarguda, she shifted to Gunupur and founded Seva Samaj ashram there in 1964 for imparting education to tribal girls. She wanted to make all girls self-sufficient, so that they can live with self-respect in society. 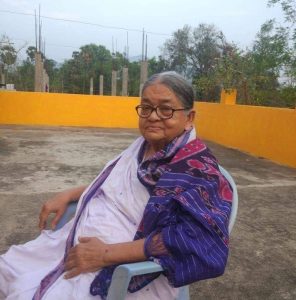 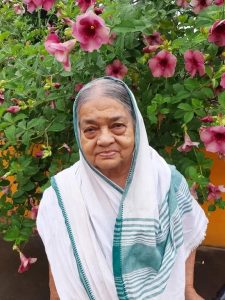 She also set up another ashram at Gunupur for the education, rehabilitation and vocational training of orphans and destitute children.

Shanti Devi was also associated with the ‘Bhoodan’ movement and worked with Acharya Vinoba Bhave. In 1961, she became the secretary of Utkal Navajeevan Mandal.

She became the president of Odisha Prohibition Congress and was also associated with a number of Gandhian organisations.

In 1994, she received the Jamunalal Bazaz Award. She is also a recipient of Radhanath Rath peace award and many state level and national-level awards.

Shanti Devi Ji will be remembered as a voice of the poor and underprivileged. She worked selflessly to remove suffering and create a healthier as well as just society. Pained by her demise. My thoughts are with her family and countless admirers. Om Shanti. pic.twitter.com/66MLo73LUK

Saddened to hear about the sad demise of renowned social worker Padma Shri Shanti Devi. Her selfless service for upliftment of tribal girls in Undivided Koraput will be remembered forever. My heartfelt condolences to bereaved family & all well wishers. May her soul rest in peace. pic.twitter.com/LmSQLChOWU

She was known for her invaluable contribution for the upliftment of tribal girls through education for several decades. pic.twitter.com/5rpbBIjNEH