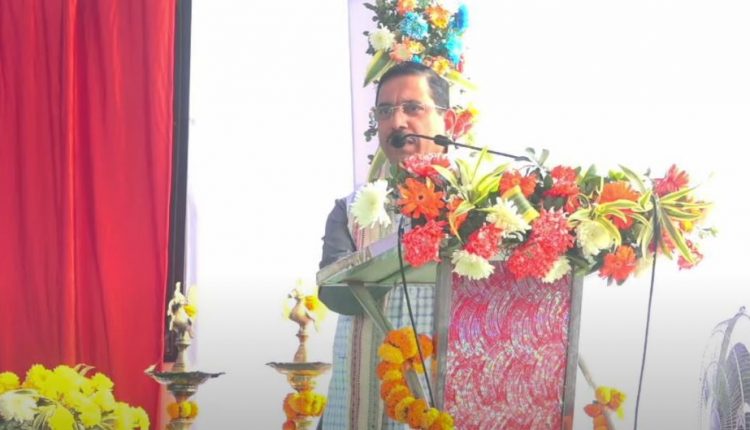 Bhubaneswar:  Maintaining that Odisha has gained substantially after mining reforms launched by the BJP-led government, Union Coal and Mines Minister Pralhad Joshi on Thursday said the state’s revenue from the crucial sector has increased ten times and touched Rs 50,000 crore.

Odisha’s revenue from mining which stood at Rs 5,000 crore in 2014-15 and has now gone up to Rs 50,000 crore after auction regime was introduced under the leadership of Prime Minister Narendra Modi, the Minister said.

Noting that the states like Odisha are earning huge revenue with the introduction of auction process, he said earler first come first serve policy was followed and the states were unable to get adequate revenue from mining operations.

Stating that a transparent and corruption-free process was launched with amendment in mining rules, Joshi said states like Odisha became major gainers after the discretionary system was done away with.

With the inception of District Mineral Foundation (DMF) funds, Odisha is now getting Rs 15,000 crore per year, he said. The money can be utilised for the development of mines areas and the welfare of poor and tribal people.

Mining is likely to contribute to the GDP and provide considerable employment opportunities. Each new mine gives 12,000 direct or indirect jobs.