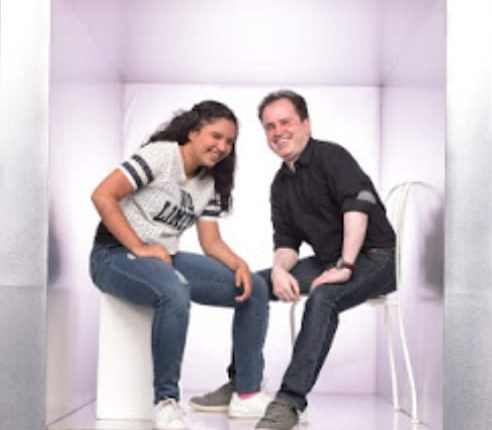 Mumbai/Bhubaneswar: He worked 18 hours a day for three months amid the COVID-induced lockdown to create something extraordinary under extraordinary circumstances. The art transcended the barriers and the product was a racy, compelling crime thriller.

Here, we are talking Aarya, which was released on June 19, and it was not only a web series debut for Sushmita Sen but also for two-time national award-winning sound designer Subhash Sahoo.

Speaking to Odisha Bytes, Sahoo spoke about his initial reluctance to work on a web series and the many mini studios he had to create for dubbing patchworks after the series was shot in sync sound, which captures all the dialogues and ambient sound on location.

“With film offers pouring in, I never felt the need to explore this medium despite being approached by filmmakers in the past. The thrill of seeing your movie in a theatre is different. But, we also have to accept the fact that OTT is the next-generation medium,” said this native of Odisha who spent a good number of years in Bhubaneswar.

It was after much persuasion that Sahoo, who already had 130 films under his belt, agreed to take up Aarya.

“I have always enjoyed working with Ram Madhvani. He is a demanding director. He is very finicky about his work and goes into great detailing. We have always been on the same wavelength and in sync as far as technique and temperament of film making is concerned,” he said.

Sahoo’s association with Madvani began in 2016 when he made a successful directorial debut on the big screen with Sonam Kapoor-starrer Neerja.

“Most importantly, he puts the team members through a self-exploring mode by involving them in every aspect of film making two months before the shooting begins. The concept is literary hammered into everyone working on the film during the workshop. He would even seek suggestions on whether a scene can be added through sound,” he said.

While exploring this new medium, Sahoo took the untrodden paths. With everyone confined to homes during the lockdown, dubbing, mixing, dialogue editing, creating sound effects and syncing sound in a studio was unfeasible.

“Earlier I would sit down with six to seven technicians and discuss how to approach the work. This time, I had a team of 14 technicians with whom I would interact through Zoom calls and MOV links. We had to work with equipment and resources in hand,” he said.

With the actors in the Netherlands, New York, Delhi, Kolkata and Mumbai, Sahoo had to explore means and techniques to get them to dub for the series by creating mini studios in the space they were living.

“I had to ensure that the tonality matched the location where the scene was shot while dubbing for the same in a house of the actor. For outdoors scene, reflection was a strict no-no, and that was a challenge since the dubbing was being done indoors in houses of the actors,” he said.

To maintain the basic aesthetic quality of sound dubbing, he would pick the perfect spot in their house and create the right ambience by using cushion, bedsheet and cupboards.

“Utmost care was taken to ensure there was no disassociation between dialogues and the sounds of a landscape. They had to sound atmospheric and not engineered,” said this native of Kendrapada.

Having completed nine-month work in just three months and that too working from a remote place, Sahoo said he can now explore working on Hollywood projects using the same means and technology.

For the time being, however, he has his hands full. Post lockdown, he will be busy with the post-production work of three films – Arjun Kapoor and Rakul Preet-starrer untitled movie produced by Nikhil Advaji and John Abraham, a film starring Sunny Kaushal (brother of Vicky Kaushal) and Nusrat Bharucha of Pyaar Ka Punchnama fame and produced by Sailesh Singh and another starring Randeep Hooda and Illeana Dcruz and produced by Sony Entertainment.

An expert in sync sound, Sahoo has earlier worked on films like Omkara, Kaminey and Once upon a time in Mumbaai. This sound engineer and recordist from Film and Television Institute (FTII) Pune won the National award for Omkara in 2008. “This movie will always be my baby,” he said. He claimed his second National award for his work in Kaminey.

Know The Details Of New COVID-19 Cases In Jagatsinghpur

Pride Month: Here’s What OTT Is Showing On Same Sex…