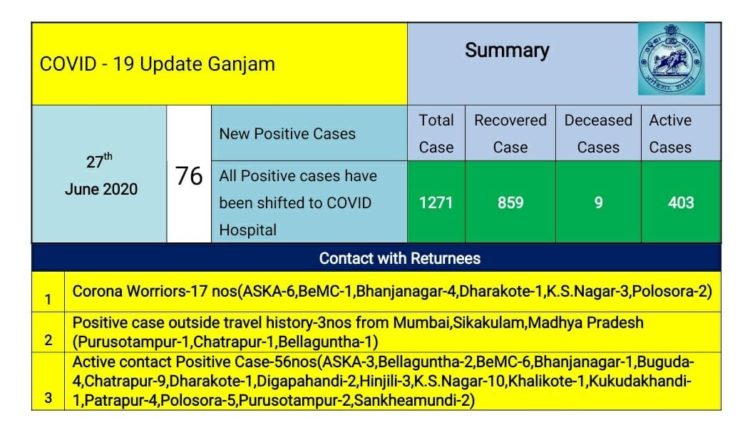 Berhampur:  The south Odisha district of Ganjam continues to lead the COVID-19 tally with 76 fresh cases being reported in the last 24 hours.

Among the 76 cases, 17 are corona warriors and six among them from Aska, four from Bhanjanagar, three from Kabisuryanagar, two from Polasara and one from Dharakote block.

Earlier in the day, SP Ganjam Brijesh Kumar Rai had tweeted about four more policemen testing positive for COVID-19 in the district.

Besides, three cases with travel history to Mumbai, Srikakulam and Madhya Pradesh have been reported from Purushottampur, Chhatrapur and Belaguntha.

Gautam Gambhir To Give Oxygen Concentrators Free Of Cost To…