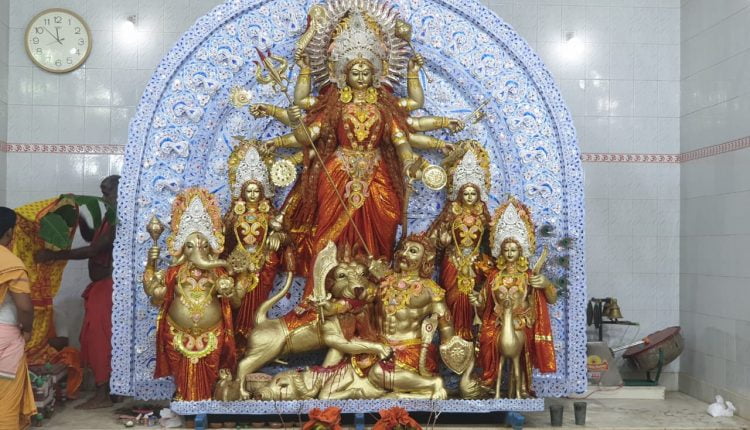 Balasaore:  Devi Kanakadurga, consecrated at Sunahata in Balasore district, is regarded as the protector of her children in pandemic times, who sheilds them from infectious diseases and ill-health.

Several legends go to glorify the presiding mother goddess. One such legend is the pandemic Cholera of 1943 which claimed hundreds of lives when the Mother Goddess is believed to have protected her children.

In the absence of proper treatment and medicines when a fear psychosis gripped everyone in the wake of the contagious disease, Devi Kanakadurga is reported to have directed Late Murali Mohan Das in a vision to worship her in her natural “golden complexion”. The complexion of the idol has remained golden till this day.

The temple organisers have launched Mahasaptami Puja with the incantation of hymns of Chandi on Tuesday amid the pandemic restrictions. No one but the priests are allowed into the pandal much to the disappointment of the devotees.