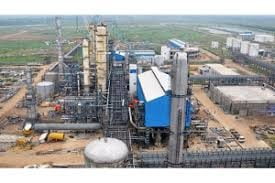 Bhubaneswar: The work on the fertilizer and coal gasification project in Talcher, bagged by China’s Wuhuan Engineering Company Ltd, has reportedly come to a halt.

According to sources, the project work has been stopped due to various reasons though there has been no official confirmation of it. Due to anti-China sentiment in the wake of border dispute, the firm is unable to mobilise technicians, equipment and site workers, they added.

The project holds significance as it would reduce India’s dependence on imported urea. It aims at production of 1.27 million tonnes per annum of neem-coated urea through gasification of coal and petcoke. The North Arkhapal coal mine has been allotted to the TFL for resourcing coal while petcoke will be procured from the Paradip refinery of Indian Oil.
Share FacebookTwitterGoogle+ReddItWhatsAppPinterestEmail