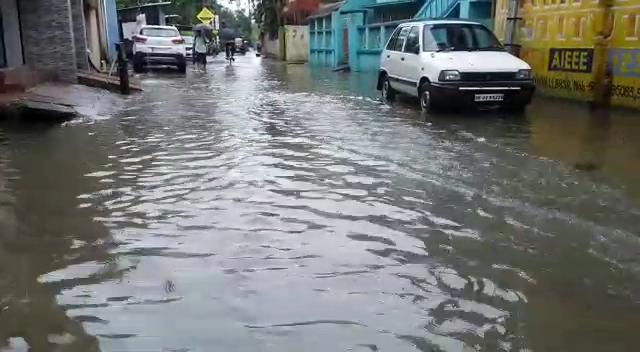 Bhubaneswar/Cuttack: Rainwater has entered houses in the low-lying areas of Bhubaneswar and Cuttack following incessant heavy rainfall for the past 36 hours.

In Bhubaneswar, rainwater entered houses at Chintamaniswar, Laxmisagar, Jayadev Vihar, Acharya Vihar and Behera Sahi. In Nayapalli area, vehicles were forced to drive through four feet of water along the flyover near Iskcon temple on NH-16.

Besides, stretches of the national highway were also flooded at Acharya Vihar, Vani Vihar, Rasulgarh and Palasuni in the city.

Mahindra To Own 51% Ford Assets In India!

When Big B Came Calling To Ollywood