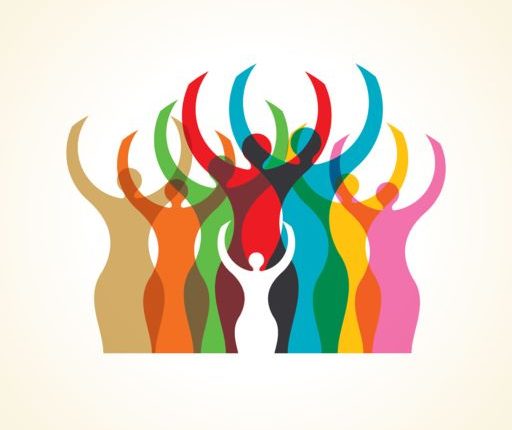 I shout out loud, “Come give respect and take respect, make a pledge to help the unlucky ones”!

If we want to bring change, we have to be uninhibited. Being uninhibited in our intentions, actions and speech is what is required now.

Gender equality is very essential towards women empowerment and a sustainable economic development. The economic divide is getting wider and bigger. The poor are becoming poorer and the rich becoming richer. Women, whether they are rich or poor, face similar discrimination and gender bias.

Despite all the policy level work being done, equality is not happening, even when women outshine boys in major Board exams. Suddenly we observe that the girl’s numbers vanish during undergraduate and postgraduate levels! Why?

Marriage becomes their families’ priority! ‘Sacrifice’ is the buzz word.

“It’s the right time; think about your parents, otherwise you won’t get a good boy,” they are told.

Every two seconds, eight babies are born in the world, about half of them being girls. About 81% will live in poor countries; their births are often something more to be endured than to be celebrated.

The hard truths are that most women in the world who are giving birth today are poor and illiterate, with little access to health care; that most girls in our world face discrimination, poverty, unequal access to education and health care, and unequal pay for equal work. And about a third of the women giving birth today will face violence at the hands of a partner, violation of human rights that too often happens in small places, close to home, so small and so close that they cannot be seen on the maps of the world.

Women’s health cannot be understood or improved without understanding the contextual relationship — the subordination of women, poverty, and violence, resulting in unequal access to education, food, health care, and paid employment. Access and availability to proper sanitation and hygiene is the biggest issue. A personal touch, to make a behavioural change, is the need of the hour.

What does poverty mean? Are women and poverty related?

The World Bank, in its 2000-2001 report on poverty, offered this description:

Poor people live without fundamental freedoms of action and choice that the better-off take for granted. They often lack adequate food and shelter, education and health, deprivations that keep them from leading the kind of life that everyone values. They also face extreme vulnerability to ill health, economic dislocation, and natural disasters. And they are often exposed to ill treatment by institutions of the state and society and are powerless to influence key decisions affecting their lives.

Poverty is not the only reason that affects women’s freedom to education, good health and economic growth.

In India alone, 23 million girls drop out of school from the 7th grade onwards due to various taboo and religious beliefs. One such taboo is menstruation! The taboo surrounding menstruation is carried forward through generations. It is a cultural change that is required to be free from such taboos, which still exist!

The 2018 movie ‘Padman’ was one of the best initiatives in India to remove this taboo. Though grandmothers and mother-in-laws felt ashamed of how such a topic can be openly discussed in a Bollywood movie, it brought a wave of change among families where brothers, fathers and husbands showed concern and support.

Women need this support and empathy. Odisha is probably the only state that celebrates menstruation as Raja festival which considers leaving our mother earth at rest for 3 days before land is tilled for sowing.

On this 75th Independence Day, let’s pledge to move forward towards creating uninhibited souls to become social change evangelists in your conscience, in your homes and in your surroundings. Be free of discrimination just because you are a woman, look weak, being vulnerable to abuse, supposed to study less and earn less, leave your parents and find another home, be adopted by another pair of parents and your parents cannot be called yours anymore, because your role as a cook is predefined, because you should eat leftovers as you are the last one to eat, because you earn and can buy everything gifts are useless for you, because you take care of everyone there is no need to ask, ‘how are you?’

NO!! Because of so many such things that are embedded in our thought process, it gets carved in our cultural values, in our upbringing.

For the first time, it was women’s advocacy groups who proclaimed at the 1993 UN Conference on Human Rights in Vienna: ‘Women’s rights are human rights.’