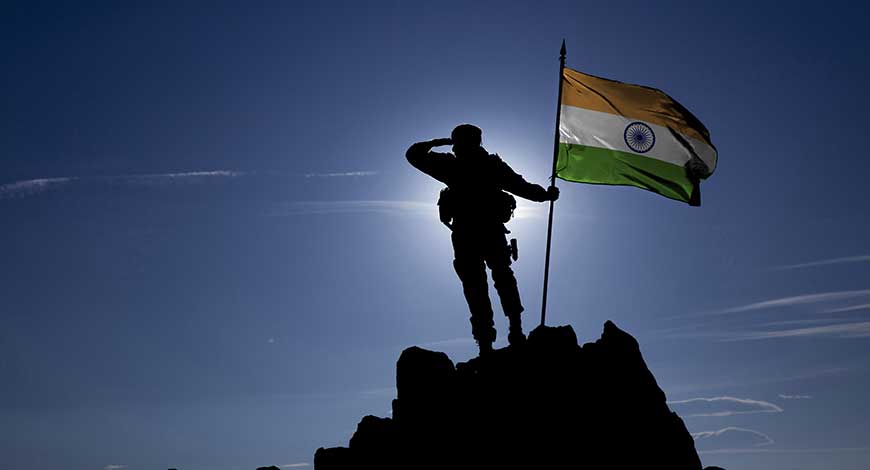 Three of my close friends were closely associated with the Kargil War.

One, whom I know from childhood was a year senior to me in school. He was a brilliant student, an excellent runner and a super footballer. We were ALL sure that he would sail through the UPSC exams if he chose to appear but clarity was his middle name. He was very clear that he preferred the forces as a career. He became a highly decorated soldier and was in the thick of action at Kargil.

During Kargil, my wife and I were very worried for him. I remember we used to call his wife every day during the war. We were struck by how brave she was. An year after Kargil, I qualified the UPSC examination and joined the IRS. I was required to report at LBSNAA at Mussoorie for my Foundation Course on September 4, 2000. I distinctly remember that on September 3, en route LBSNAA, I stopped at Dehradun for a biryani lunch with my friend and his wife. It was an enjoyable three hours.

The second friend too, is known since childhood. His dad was in the IAS and after various prestigious assignments such as Industries Secretary, Health Secretary and so on, he rose to the level of Chief Secretary. Most had thought his son too, would follow in his footsteps and appear in the UPSC exam. However, he had other ideas and was very focused about joining the olive greens (his words). He did so successfully after two years of preparation and just four years later, he was fighting for the country at Kargil. Regarding his Kargil experience, he says, “I got the opportunity of a lifetime to walk besides many heroes there”.

Dost, you are a hero too. Proud of you.

This friend is still in the Army and a serving soldier. All the best to him in his mission of serving the nation as a uniformed officer.

The third friend, I did not know at that point of time. However, I met him later at LBSNAA during FC training. He was my training batch mate and had served in the Army as a Major. This included duty at Kargil. At LBSNAA, he became my very good friend and hero, which he is even today. During his UPSC interview, the UPSC Board came to know that he is a Kargil hero. They were so fascinated that they started asking him about the war. He narrowly missed the IAS and joined the IPS. He is a brilliant police officer of IGP level.

I will refrain from naming these three brave heart friends of mine for reasons of safety, especially with one being a serving officer in the thick of Army action.

Why am I talking about Kargil today? Because today is Vijay Diwas and July 26, 2019 is the 20th anniversary of our victory over Pakistan in the Kargil War. I want to pay my homage to the 527 soldiers killed, 1363 wounded and all those who fought in the war.

Kargil was a conventional war between two nuclear powers, India and Pakisan. Our brave-hearts bested the Pakistani soldiers who had infiltrated into our sovereign territory. The conflict started on May 3, 1999 when local shepherds reported intrusion in Kargil. May God bless them always. Later, intrusions were reported in Drass, Kaksar and Mushkoh sectors. The Indian army and IAF swung into action and the conflict escalated into a war.

Pakistan initially claimed that the infiltrators were independent Kashmiri militants but that feeble attempt was conclusively demolished. India released documents regarding Pakistani involvement and even transcripts of conversations involving Army Chief General Musharraf and Chief of General Staff, Lt General Aziz Khan. There was international pressure was on Pakistan with even US President Clinton asked Pakistan PM Nawaz Sharif to pull back from Kargil. However, they started doing so only after decisive victory by the Indian Army in various sectors such as Tiger Hills, Drass and Batalik.

On July 14, Prime Minister Atal Bihari Vajpayee declared Operation Vijay a success and on July 26, the Indian Army announced that Pakistani intruders had been completely evicted. We had conclusively won the Kargil War and since then, we have been celebrating Vijay Diwas on July 26 every year. The Indian Army has made a War Memorial at Drass. The names of the martyrs are inscribed on the Martyrs Wall and there is a museum as well.

I have only mentioned the prominent awardees. We are proud of not just them alone but of all the soldiers including my three friends who fought for our country so that we could hold our head high in front of the entire world.

Disclaimer: The views expressed in the article are of the writer and do not necessarily reflect that of the web portal.