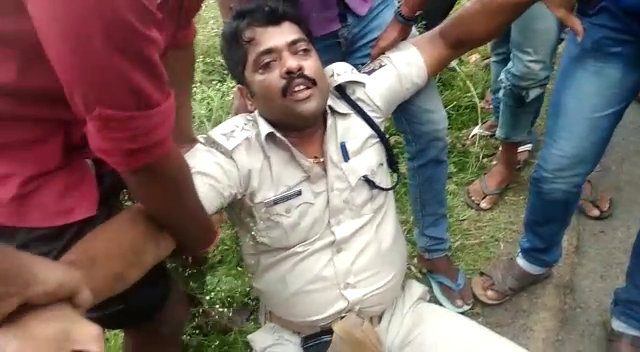 Balasore: Locals thrashed a IIC Prabhu Kalyan Acharya black and blue at Baliapala in Balasore district on Friday morning following the death of a minor boy.

According to sources, a minor boy was found hanging under mysterious circumstances at a Dhaba (eatery) near IDCO Square on Baliapal-Basta road in the district on Friday.

The deceased was identified as Bijaya Dalai of Uluda village. He was working in the Dhaba.

As the news spread, the family of the deceased and locals reached spot and ransacked the Dhaba, alleging that he was murdered.

Police forces have been deployed on spot to avoid any untoward situation.

Meanwhile, police have seized the body and sent it to a local hospital for postmortem.