One Killed In Cracker Unit Godown Blast In Jharsuguda 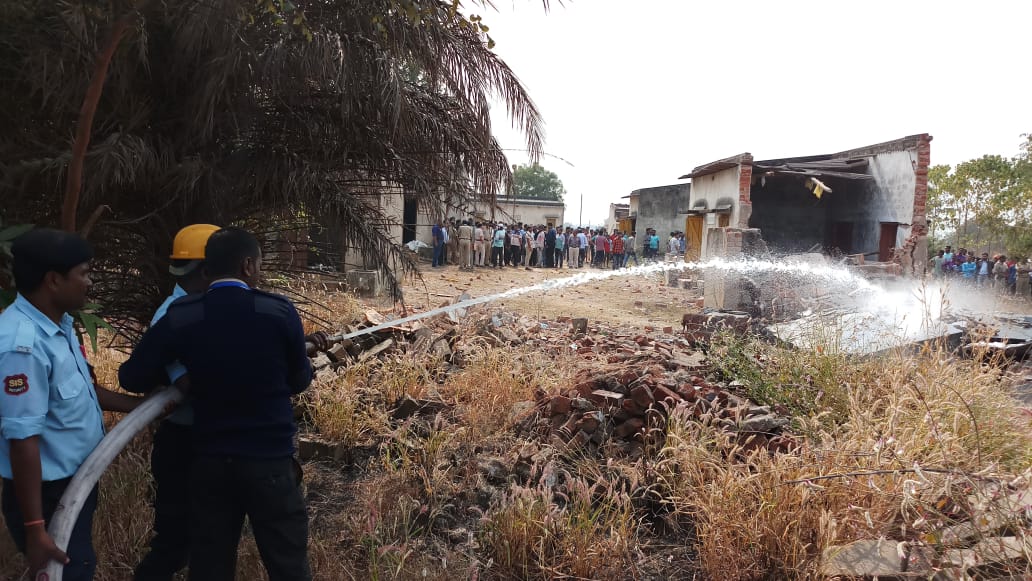 Jharsuguda: A 25-year-old youth was killed after an explosion ripped through a godown of an illegal cracker manufacturing unit near Mirdhadhera village under Brajrajnagar police limits in Jharsuguda district on Thursday.

The deceased was identified as Susanta Dhruva, a resident of Junadihi of Brajrajnagar.

According to preliminary investigation, the blast took place while Susanta had gone to open a godown of the cracker unit. It was so intense that the roof of the house was blown away. A small house on the premises also caved in under the impact of the explosion.

On being informed, fire personnel reached the spot and doused the flames.

Police are investigating the matter.