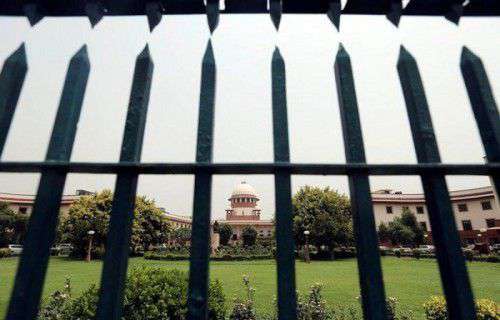 New Delhi: The Supreme Court on Thursday directed the Centre to submit terms and conditions for public hearing in Odisha and Chhattisgarh on Polavaram project by December 1.

The apex court posted the next hearing in the case to December 3.

A three-member division bench of the apex court issued the directive while hearing the interim petition filed by the Odisha government on this matter.

Deposing before the apex court, the central government officials informed that the public hearing in both the states was conducted earlier.

However, the court after hearing the pleas of Odisha, Telangana and the Hyderabad-based NGO Readiness for Empowerment through Legitimate Action (RELA), directed the Centre to submit the terms and conditions for public hearing in these two states.

On August 2, the SC had asked the Centre and the Andhra Pradesh government to submit affidavit within four weeks on environmental clearances to the project after going through the content of the petition filed by the Odisha government.

The apex court note of the original suit filed by Odisha and the Readiness for Empowerment Through Legitimate Action (RELA), Hyderabad-based NGO is pending since long.

Chief Minister Naveen Patnaik on November 21 had requested Prime Minister Narendra Modi to stop construction of the Polavaram Project till all pending issues are resolved.

The Chief Minister had said that if the project is completed before the resolution of all the pending issues, it will lead to a situation, which will submerge large amount of forest area and fertile land along with a number of villages resulting in displacement of primitive tribal population in Malkangiri district.

Prior to this letter, the Chief Minister had reminded the Prime Minister in his previous letter on September 16, 2015, November 23, 2017 and July 12, 2018 wherein he had mentioned that the Ministry of Environment, Forests and Climate Change (MoEF and CC) has kept the ‘Stop Work Order’ in abeyance from time to time without informing the state.

One Killed In Cracker Unit Godown Blast In Jharsuguda

Priyanka Chopra, Nick Jonas Fly To Jodhpur For Their Wedding