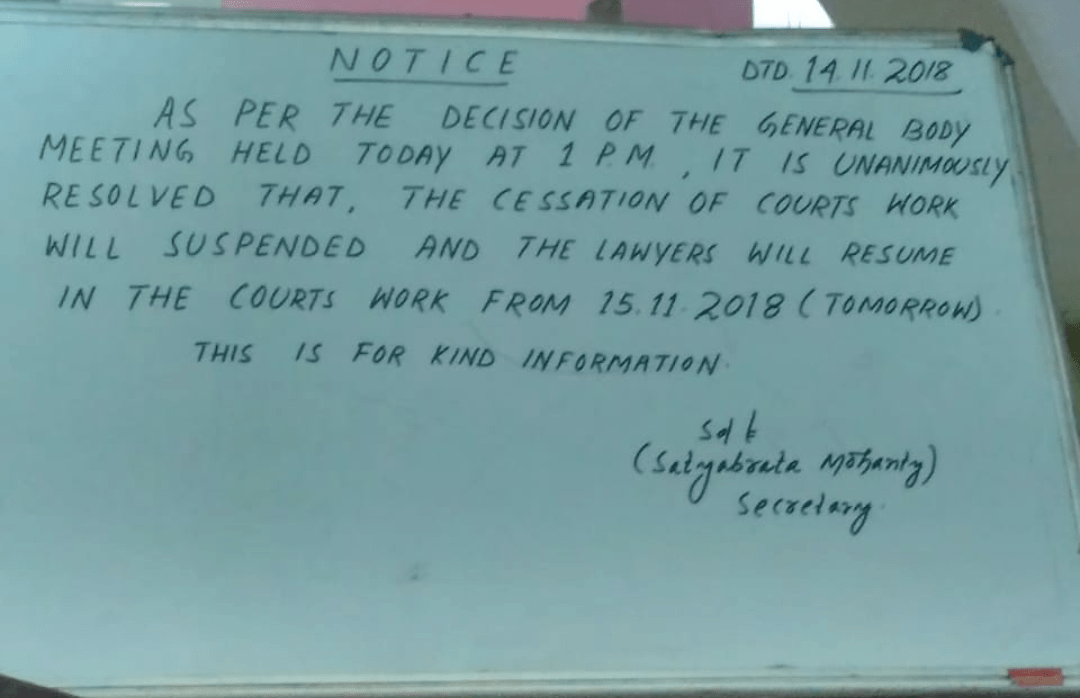 Share
Cuttack: After two-and-half-month-old cease work stir over police assault on a lawyer in Cuttack, the Orissa High Court Bar Association on Wednesday called it off and decided that the lawyers would join their duty from Thursday.

Talking to mediapersons after the general body meeting, president of the Association, Srikant Nayak said that the three policemen involved in the assault on the lawyer Debi Prasanna Patnaik on August 28, appeared before the division bench of the High Court of Justice C R Das and tendered their unconditional apology for the incident.

“Apart from this, the bench also decided to form a 7-member high-level committee comprising of the Home secretary, the Director General of Police (DGP), president and secretary of the Orissa High Court Bar Association and three senior lawyers to decide on any dispute between the police and the lawyers in future. The decision of the committee will be final and accepted by the lawyers’ bodies. Taking all these into consideration at the meeting, we decided to call off our agitation and will join duty from tomorrow,” he said.

Thanking the 130 Bar Associations across the state for their unstinting support to the agitation, he said the High Court Bar Association has also requested the lawyers of these associations to join their duty from tomorrow.