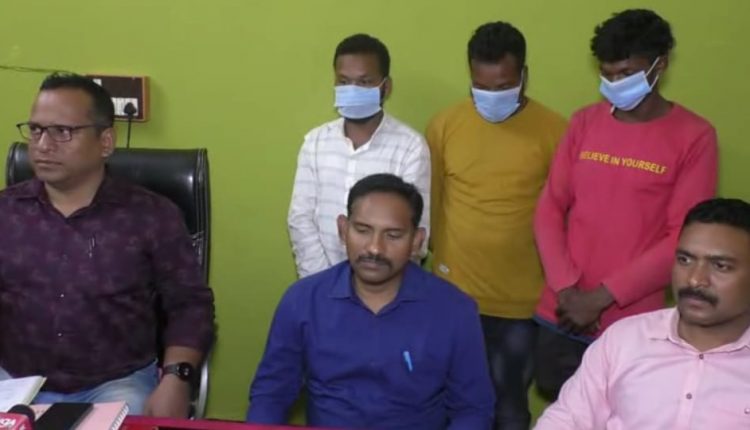 Koraput: Police seized over 1 quintal of ganja while being smuggled to New Delhi in a car in Odisha’s Koraput district on Sunday.

On the basis of reliable information that three persons were carrying the ganja, Machhkund police put up a checking point at Sana Sagar Chowk. When the vehicle arrived, they intercepted it and carried out checking.

During the checking, the police found ganja weighing 105.7 kg from Maruti Swift car. The three persons going in the car were arrested and the vehicle was also seized.

SDPO Sanjay Mohapatra said all the three arrested persons belong to Andhra Pradesh. They have confessed that they were carrying the contraband from Andhra to Delhi via Sagar and Araku.

The arrested persons have been identified as Gouranga Pangi from Khudub Padwa, Somanath Pradhani from Godiput Padwa and Laxman Rao Gunjia from Kumarput under Munching police station in Andhra Pradesh.