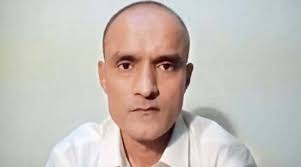 Pakistan has ordered consular access for Kulbhushan Jadhav, a former Indian naval commander condemned to death for spying, following a decision this week by the International Court of Justice (ICJ), news agency Reuters reported from Islamabad.

The United Nations court ruled on Wednesday that Pakistan should undertake an “effective review” of the case, adding that a “continued stay of execution” was needed for that to happen.

“As a responsible state, Pakistan will grant consular access to Commander Kulbhushan Jadhav according to Pakistani laws for which modalities are being worked out,” the Pakistani government said in a statement late on Thursday.

Jadhav was arrested in March 2016 in Pakistan’s south-western province of Baluchistan, the site of a long-running conflict between security forces and separatists. He was convicted of planning espionage and sabotage and sentenced to death.

India says Jadhav is innocent and had asked the UN court to intervene, saying his trial had been unfair and Pakistan had denied him diplomatic assistance.