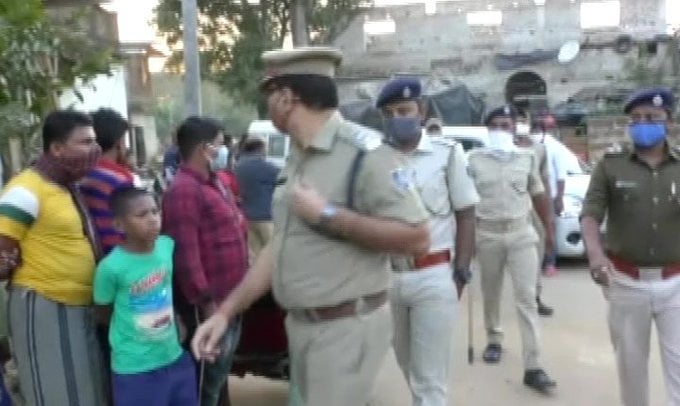 Nayagarh: A day after the arrest of a college student for his alleged involvement in the sexual assault and murder of a five-year-old girl at Jadupur village in Nayagarh district, the Special Investigation Team (SIT) of Crime Branch has started preparations to submit its report pertaining to the arrest to the Orissa High Court on December 24, sources said on Monday.

Sources said the arrest of the college student was done after collecting necessary evidence and the High Court would be informed about the same.

Meanwhile, Jayakrushna Parida of the Jadupur Village Committee told mediapersons he had discussed about the arrest with two members of SIT. The meeting followed another round of interrogation of the accused’s mother on Monday morning.

To avoid trouble police force has been deployed in the village.

On Saturday morning, SIT picked up the college student aged 18 years, his mother and sister for interrogation.

The SIT released the youth’s mother and sister late on Saturday night but continued to detain him. 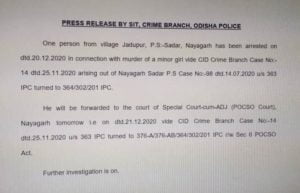 On Sunday, a media release by SIT stated that one person from Jadupur village has been arrested in connection with the case and he will be forwarded to the Special POCSO Court-cum-ADJ in Nayagarh on Monday.

On her part, the youth’s mother claimed that her son is innocent.

“The SIT picked me, my son and daughter for interrogation and conducted lie detection test. While the officials, who conducted the test, told us the results were negative, how come they have arrested my son? The SIT has illegally arrested my son and trying to show him as the accused,” she told the media after the arrest on Sunday.