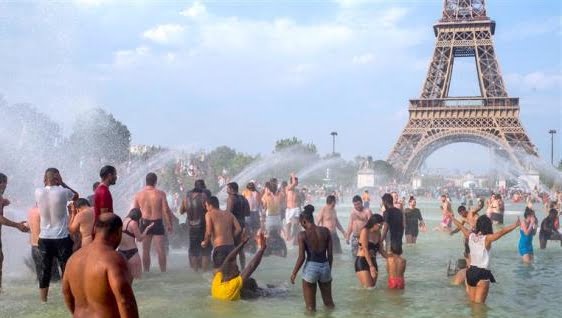 The heatwave across Europe has soared temperatures at most places. Paris crossed a record high temperature of 42.6C on Thursday.

France has issued a red alert and has asked people to work from home wherever possible.

Other places such as Belgium, Germany, Luxembourg and the Netherlands also recorded new highs of 41.8C, 41.5C, 40.8C and 40.7C respectively.

In UK, the temperature reached 38.1C and trains were ordered to run slower to prevent rails from buckling after a Eurostar train broke down. Lakes and rivers in north Germany are drying up, while some pigs have died in a farm in Netherlands due to the heat.

At the same time, there are severe rains and flood in South East Asian countries such as India.

Apple Admits Some Siri Recordings Are Heard By Humans