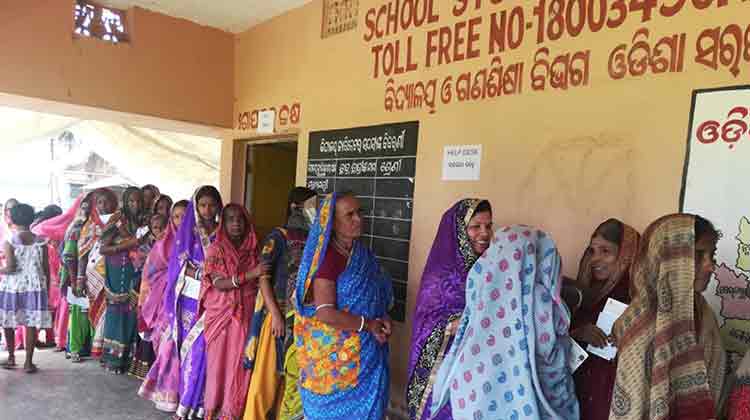 Briefing mediapersons at his office, Chief Electoral Officer (CEO) Surendra Kumar said while 67 per cent polling was recorded till 5 pm, the poll turnout will further increase as polling is still underway beyond the 6 pm deadline. The voters lined up at the polling booths will be allowed to exercise their franchise as per the guidelines of the Election Commission of India (ECI).

Barring booth no-278 where polling was delayed for some time due to a technical glitch in the EVM, there was smooth polling in the remaining 308 booths.

In Kusiapala, there was heated exchange of words between two groups at booth no-32. However, security personnel brought the situation under control.