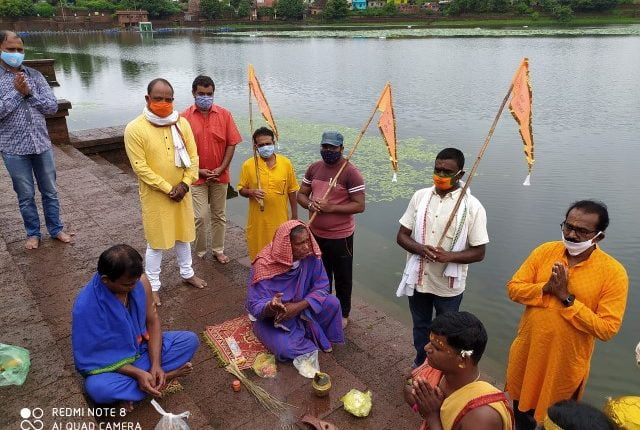 Bhubaneswar: The Bharat Raksha Manch and other organisations celebrated Bhoomi Pujan ceremony of Ram Temple in Ayodhya at the Bindu Sagar in the Old Town of the city here.

Maintaining strict COVID norms, devotees organised a small yagna at Manikarnika Ghat of the holy tank. Water from the holy tank had earlier been sent for Wednesday’s ceremony at Ayodhya.

A group of devotees did a parikrama of the Bindu Sagar with saffron dharma dhwajas in their hands. A special Ramayana cover stamp was released to mark the occasion. 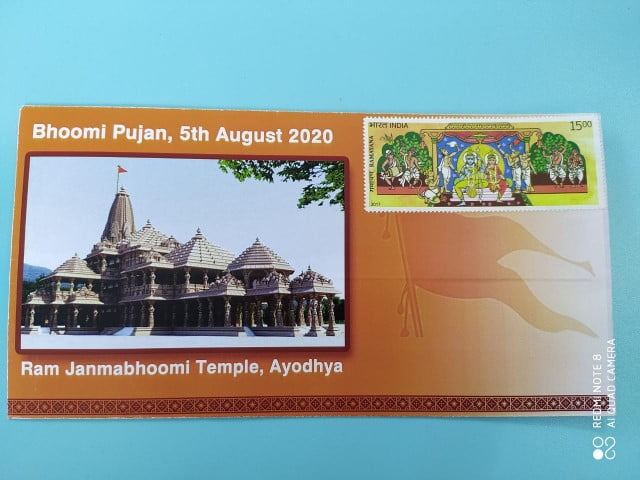 People of different faiths turned up at the ghat to offer their wishes. Among those present were Bhikshus from Buddha Temple, as well as representatives from Jain, Sikh, Muslim and Christian communities.

Mahabodhi Society of India secretary Dr Sourendra Mohapatro said that the temple at Ayodhya will usher in an era of tolerance, peace and prosperity for the country.

Advocate Sukhvinder Kaur, from Gurudwara Singh Sabha, Bhubaneswar, described it as a joyous day for all Indians irrespective of religion.

Muslim youth Nurul Hoda felt that temples and mosques should be places from where love and compassion spreads, differences put aside and every Indian take up the task of nation building.

In the evening, more devotees flocked to the ghat of the holy tank and lit lamps.

Many houses and some streets of the old city were also lit up in the evening.