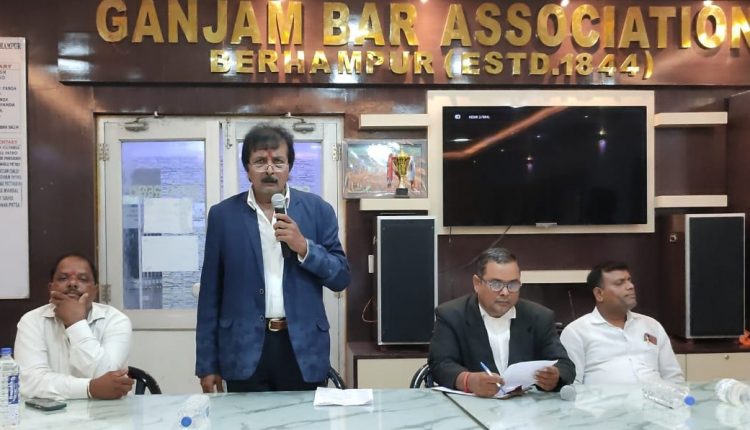 Berhampur: Even as the Orissa High Court Bar Association has opposed the proposal for setting up two permanent benches of the high court, the Ganjam Bar Association has decided to take up the matter with chief minister Naveen Patnaik in support of it.

The Ganjam Bar Association took the decision at its general body meeting here on Saturday to support the proposal for the permanent bench of the high court in southern Odisha.

Condemning the opposition by the High Court Bar to the benches in western and southern Odisha, Ganjam Bar members including president Kapileswar Pattnaik and secretary Sushil Kumar Tripathy said they would send a letter to Chief Justice S Muralidhar of Orissa High Court expressing their support to the proposals.

Besides, it was decided that the Bar members would meet the chief minister and discuss their suggestion for setting up the bench in Berhampur.

The Union Law Minister’s letter to the state government on the issue also figured in the meeting which was attended by senior members of the Ganjam Bar Association.

It may be noted that the High Court Bar, in a resolution passed in its general body meeting on Wednesday, decided to form an action committee to prepare a resentment representation against the proposals. It would submit the  representation to chief justice S Muralidhar urging him not to give his consent for establishment of two permanent benches.

Dhanush Sends Legal Notice To Couple Claiming Him To Be Their Son; ‘Apologize Or Face Defamation Suit’