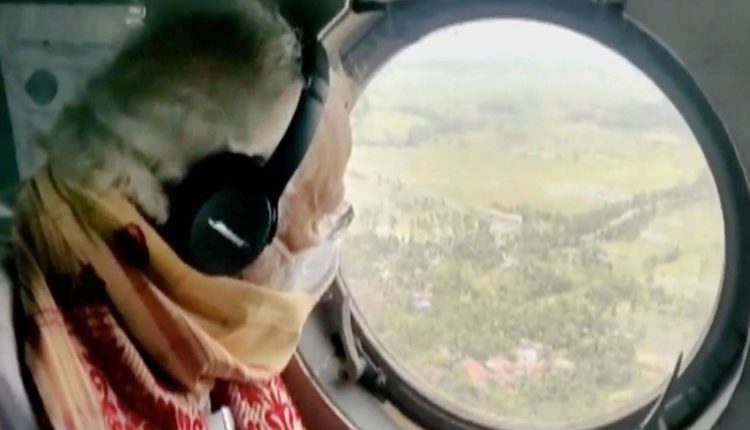 Bhubaneswar: Prime Minister Narendra Modi will conduct an aerial survey to assess the damage caused by Cyclone Yaas in Odisha on Friday.

According to sources, PM Modi will take a flight from Delhi around 8.50 am and reach Bhubaneswar at around 10.50 am at the airport conference hall. He is likely to be accompanied by Oil Minister Dharmendra Pradhan.

At 11 am, he will chair a review meeting with senior officials here to assess the impact of the cyclone and take stock of the relief work being done in the state. Following this, he will leave for an aerial survey of Balasore and Bhadrak districts, where Yaas left behind a trail of destruction after landfall as a Very Severe Cyclonic Storm on Wednesday, May 26, around 12 .10 pm.

The cyclone, however, didn’t inflict any major damage except causing a huge amount of rain in Mayurbhanj, Keonjhar, Balasore and Bhadrak districts in Odisha. The Agriculture, Fisheries and Animal Resources Departments are assessing the extent of damage at the ground level.

At the meeting on Thursday, he had advised various central and state agencies to ensure that normal life is restored in the affected areas at the earliest. He had stressed the proper distribution of relief among those affected by the cyclone.

Tired Of Kneading Atta In This Pandemic? Get A Food Processor Or Dough Kneader