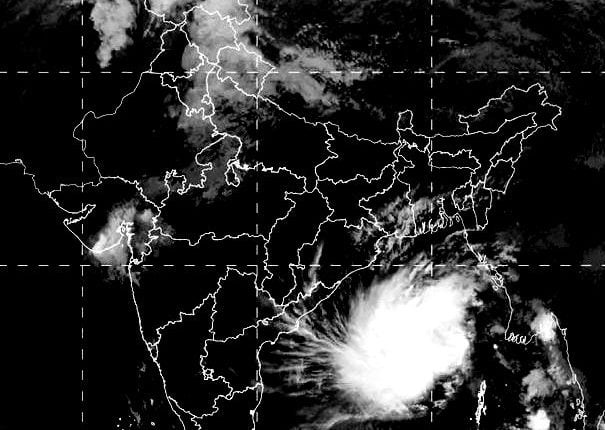 New Delhi: With cyclonic storm Bulbul hurtling towards mainland India with a destructive force, Principal Secretary to the Prime Minister P K Mishra on Thursday held a high-level meeting with the states of Odisha and West Bengal to review their preparedness.

The meeting came in the wake of PM Narendra Modi expressing concern about the developing system in the Bay of Bengal. Principal advisor to the PM, P K Sinha and Union Home Secretary Ajay Kumar Bhalla were among the senior government functionaries present during the stocktaking.

Mishra also held a meeting with the administration of the union territory of the Andaman and Nicobar Islands, said a government statement.

He advised the state chief secretaries to take all possible measures to ensure zero casualty and minimum loss to property. He assured of all necessary central assistance to deal with the evolving situation.

According to the statement, the chief secretaries informed that all precautionary measures have been taken in the coastal areas and that the situation was being monitored 24X7.

Director General of IMD, Mrutyunjay Mohapatra gave a detailed forecast of the cyclonic storm. He said, “Coastal Odisha is likely to witness a wind speed of 70-80 kmph gusting up to 90 kmph on November 8, accompanied by heavy to very heavy rain. A similar situation is likely to prevail in coastal West Bengal on November 9. Further, sea conditions will be very rough and fishing operation should be completely suspended”.

The Director-General of NDRF, SN Pradhan said their teams were on standby, prepared with all equipment to deal with the situation.

Odisha CM To Preside Over Council Of Ministers Meeting Today