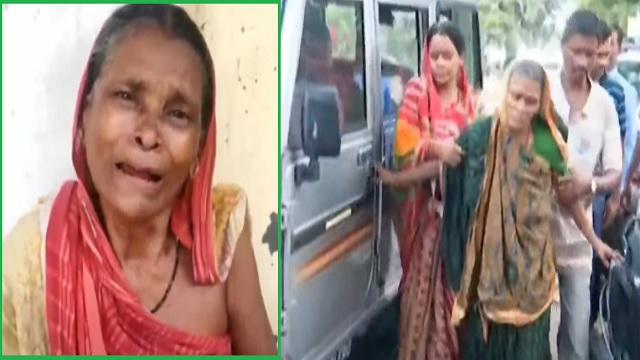 Cuttack: Judge of Special POCSO Court, Cuttack Subas Kumar Behari’s mother Tulasi Bihari on Sunday filed an FIR alleging that he was murdered by his in-laws.

According to sources, the 70-year-old mother reached Markat Nagar police station with her younger son and nephews to submit the complaint against Subas’s wife Aparajita Ray and her cousin Sarbajeet Ray.

“My son had married Aparajita Ray of nearby Kalasadhia village 15 years back. After marriage, there was good relation between them and my family for about three years. However, their relation with my family came to an end. My son often had been intimate me of being tortured physically and mentally by his wife and her cousin who used to stay with them,” stated Tulasi in the FIR.

Tulasi also stated in the complaint that she has noticed injury marks on Subas’s neck, chest and belly. “After going through the injury marks, we suspect that both his wife and her cousin had hung his body after killing him,” she stated.

“After postmortem, when we wanted to take Subas’s body to our village for last rites, they did not allow and started abusing. They even slapped my family members and took away my son’s body to Puri for cremation,” Tulasi further alleged in the FIR.

Speaking to mediapersons, Tulasi said “I want to know why and how my son died. I demand justice for my son.”

“This is not a case of suicide, Subas has been killed. A team of CBI should investigate his death case,” said Arun Kumar Pahi, POCSO court judge’s relative.

“A case of unnatural death has been filed while the post mortem reports are awaited. Meanwhile, the deceased’s family and in-laws are being questioned,” said Markat Nagar police IIC Beauty Mohanty.