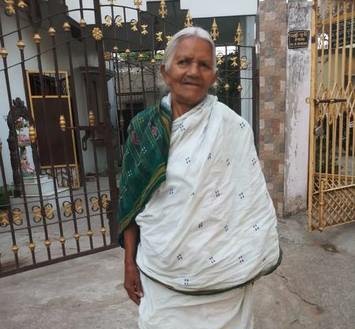 Bhubaneswar: Poet Purnamasi Jani has been hospitalised in Odisha’s Kandhamal district with fever and indigestion.

Purnamasi (77), who has been conferred with Padma Shri, was admitted to the Khajuripada Community Health Centre on Sunday.

Also known as Tadisaru Bai, Purnamasi has written thousands of poems and devotional songs in Kui, Odia and Sanskrit.

She was born in Charipada village in Kandhamal district. She was conferred Padma Shri in 2021.

President Kovind presents Padma Shri to Smt. Purnamasi Jani for Art. She is a tribal social activist and spiritual leader from the Kandhamal district of Odisha. She is a noted Kui poetess from Odisha known for her devotional songs and poems which she sings in Kui dialect. pic.twitter.com/kXiSGgIAsa

Bhitarkanika National Park In Odisha To Reopen From August 1