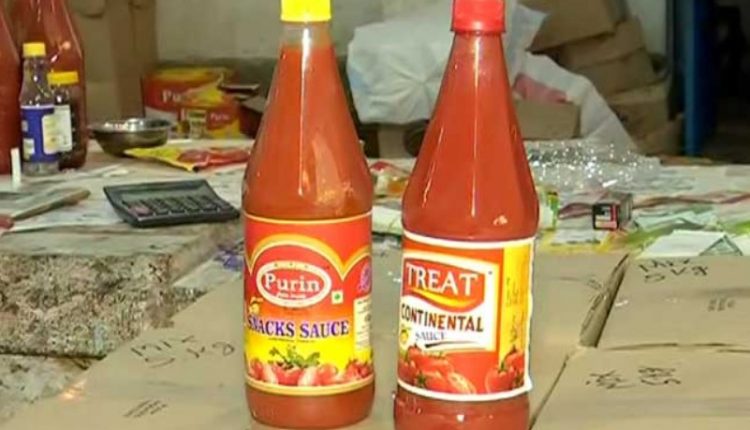 Bhubaneswar: Police seized huge amount of duplicate sauce during raids in a factory in Bhubaneswar and godown in Cuttack.

Following information about the stock of duplicate sauce in a godown in Malgodam of Cuttack, the Commissionerate Police carried out the raid. A person detained during the raid revealed about the factory at Patrapada in Bhubaneswar.

This led the police to raid the factory in Bhubaneswar and found huge amount of sauce. They also seized bottles containing tomato and chilly sauce and pickles. The bottles had fake stickers of different reputed brands but did not have the mandatory bar code of the Food Safety and Standards Authority of India (FSSAI).

They have seized the machinery and equipment and sealed the factory which was running clandestinely for several years.

It’s Time For Bhubaneswar To Script A Fairytale Of Waste Management, A La Boras